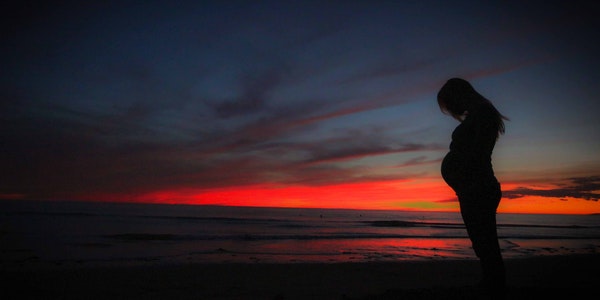 A rockstar named Moses came down from the holy mountain with two tablets of stone hewn out by the finger of God Himself. These were The Ten Commandments. The top 10.

God decided the ten priorities of this new society – a Kingdom society living on planet earth – would be all about selflessness. He wanted his people to be about how they serve God and each other so everybody would know it is awesome to serve God and know Him.

It’s mind-blowing that in a day where women were treated like cattle and common property throughout every culture, that this new kingdom culture Father God was presenting to the world through Moses established that women were, in fact, just as important as men.

The fifth most important rule – the number five representing grace – is to honor your mother and your father. Not just your father, which, if a man had written the Bible 3,500 years ago that’s what it would have said.

“Honor your father and your mother, that your days may be long upon the land which the Lord your God is giving you. – Exodus 20:12

That was a revolutionary thought in Old Testament times. It was still revolutionary in Jesus’ day. Check out the New Testament and you will find Jesus gave honor to women in a day when women were still seen as less than men.

In fact, women were not considered smart enough or valuable enough to testify in a legal proceeding. Then along comes Jesus. Think about this: Who were the original witnesses of His resurrection. Not men. It was three women, one of them a former prostitute, whom He trusted with telling the world He was, in fact, not dead but alive.

The bottom line is this: God values women. He has from the beginning ladybugs. Do you value yourself and see yourself as God does? Men are you treating and see women the way God wants you to. If not ladies and gentlemen, REPENT. God has a purpose and plan for each of us. Find yours.