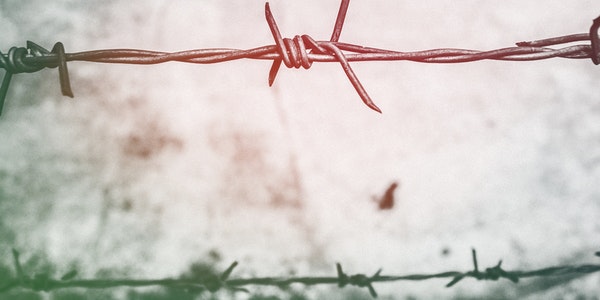 I know what I created you for. Your purpose was set by My hand before you were born. Stake out your territory – the place where you have influence – and carry out that purpose. Love Me and others, and serve them selflessly.

If you’re going to have true milk and honey in your life, a lot of things have to go right. I’m talking a whole bunch of things. Now listen, those things are taken care of by the Spirit in your Promised Land journey.

Territory is a big deal in the land of milk and honey. In the wilderness, you wander around. You wander, wander, wander. You don’t do that in the Promised Land because there are borders.

“Pastor Troy, what’s that all about? I thought the Promised Land was about pursuit and freedom?”

It is about pursuit and freedom, but in the context of understanding the assignment the Lord Jesus Christ has for you – borders. That means you can’t get involved in the wrong assignments.

There are a lot of people who don’t have any effect in the Body of Christ. They don’t make a tremendous difference. They don’t help anybody. And it’s not because they’re back slidden. It’s because they are involved in the wrong assignments – one of them being feeding themselves at every Bible study and potluck.

In the Promised Land, you bring heaven to earth. You help people and show them what Jesus is like. That is your assignment. Your territory is where God has put you to carry out that assignment. Wherever your territory is, it’s worth fighting for. Stay within your borders to see sure victory for yourself and those God has called you to serve there.

Arise, walk through the land in the length of it and in the breadth of it; for I will give it unto thee. – Genesis 13:17