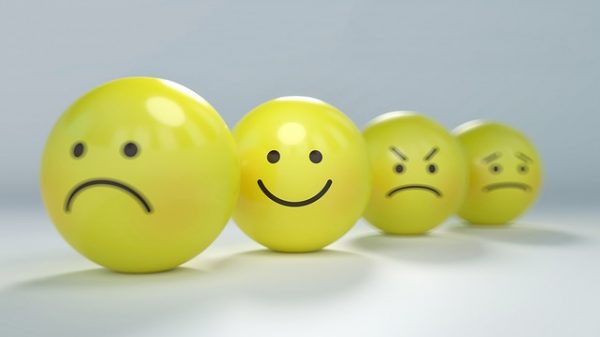 I Am a Life-giving God. Dead and impure things in your life will be pushed out and replaced with pure things and a renewed mind. No more torment only peace of mind.

Knowing I’ve been delivered from a messed up mind, I have a lot of respect for the Demoniac of Gadara, whose story is told in Mark chapter 5 and Luke chapter 8. I even dedicated my book Soul Invasion to this man who, in so many ways, is so like us today.

I have thought a lot about him over the years. I have even stood near the very cliff in Galilee where that famous herd of pigs plunged to its death possessed with the very demonic thoughts and voices that tormented him for years.

Though I don’t know his name, I feel like I know him. Though I never heard him speak, his testimony has preached to me and encouraged me for nearly three decades.

I know there was a time when he lost his battle for his mind, but for the past 2,000 years, he’s had a head full of peace. Only Jesus can do that.

I would pay big bucks to see the befuddled faces who saw him just after his encounter with Jesus. There he was, no longer hurting himself, no longer ashamed, no longer fearful or a menace. He was in the presence of the King and in his right mind. I’m sure jaws dropped in shock and awe at the difference Christ made in him.

I don’t know the names of all the people reading this, but I pray you meet the same Jesus and have the same testimony of having your soul – your mind – not only set right, but focused on things above — the Kingdom.

Today is a good day to access the arsenal Jesus provide to battle and beat the best within. Let Jesus invade your soul and drive the enemy out.

Now the man from whom the demons had departed begged Him that he might be with Him. But Jesus sent him away, saying, “Return to your own house, and tell what great things God has done for you.” And he went his way and proclaimed throughout the whole city what great things Jesus had done for him. – Luke 8:38-39