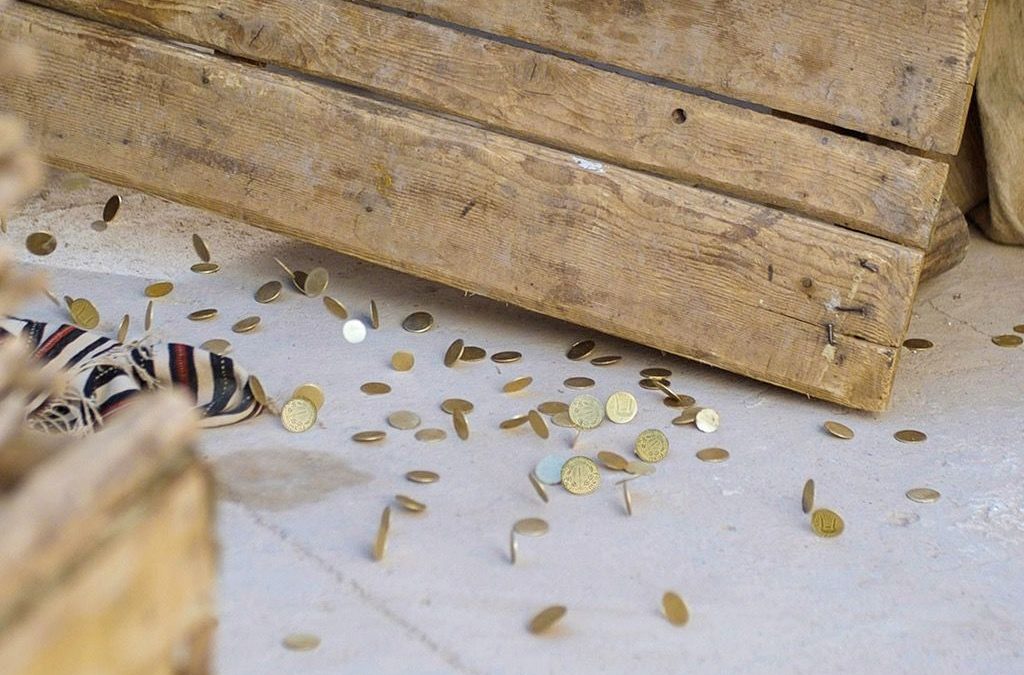 I see the thief at your door and the fox in your vineyard. I long to chase them away. Let go of your self sufficiency. Any kind of “self” is about you, and not about Me. Let me be sufficient to fight your battles. I am a Man of war and I never fail.

When Jesus showed up in the temple in Jerusalem and He turned over the tables, He ran off the thieves. He corrected things.

Think about this: He’d been to the temple a hundred times and had never done that. Why not?

He didn’t do that until they treated Him as a King. They lined the streets and they cheered, “Hosanna! Blessed is He who comes in the name of the Lord!”

If you’re sick and tired of the little thieves in your life, you know – the things that steal your peace, relationships, money and ministry – and you’re wondering why Jesus won’t run these things off, it’s because He needs to be your King.

It’s only as King that He runs off the thieves and turns the tables over.

When you turn the table on something, it means you change the momentum from what is against you to the thing that is for you. That’s called Jehovah Nissi – “the Lord is our Banner.”

The banner refers to the flag on a battlefield. King Jesus is a warrior king. He likes to scrap it up for your sake. In fact, He considers fighting for you to be just plain glorious!

Do you know Jesus as your King? Is He your Banner – your warrior king? Trust in Him to fight your battles today. Turn those tables!

Moses built an altar there and named it Yahweh-Nissi (which means “the Lord is my banner”). He said, “They have raised their fist against the Lord’s throne, so now the Lord will be at war with Amalek generation after generation.” – Exodus 17:15