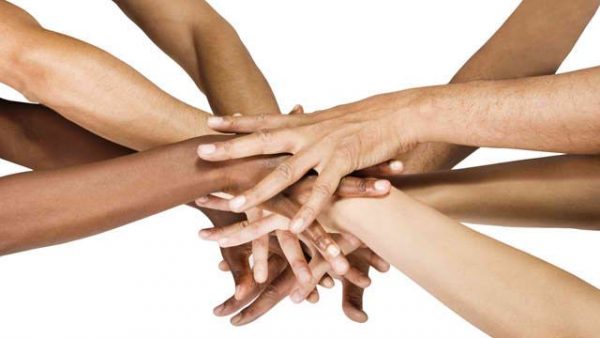 My Spirit is alive in you. Do you recognize it? Do you see it in others? You make me so proud when you look at the hearts of others. I love it when you love your neighbor as yourself and see Godly character in them.

A real good way to live life is to judge people by the content of their character and not by the color of their skin. And then, can I tell you this, walk in righteous judgment.

If somebody’s a knucklehead, stay away from them and I don’t care what race they are. You also don’t have to embrace somebody because they’re a different race. Just live your life as if we’re all human beings, amen?

Be around the people it’s healthy for you to be around and stay away from the people who are not healthy to be around. When you start judging by race, you’re being more than fooling. You’re getting on the wrong side of God.

Hear me on this: racism is a spirit. It’s not a flesh thing.

When Pharaoh decided to systematically slaughtered all the male children to control the population of the Hebrew slaves in Egypt – and snuff out the prophesied deliverer before he could be born – he got God’s attention. Partner with a spirit of racism and you will too.

God doesn’t put up with a racist spirit – just ask Miriam, Moses’ sister. She was upset because Moses married a black woman, and God said, “You like being white so much, have some leprosy!” That changed sister Miriam’s mind real quick!

As a child of the Most High God, there is a different Spirit within you. Hear me say this: do not join a racist mob because Jesus is not there. Diversity is His idea. He loves it and you should too.

Instead, look for the family resemblance – the Holy Spirit – in others and know where two or more are gathered in His name, Jesus is there!

When the cloud lifted from above the tent, Miriam’s skin was leprous—it became as white as snow. Aaron turned toward her and saw that she had a defiling skin disease, and he said to Moses, “Please, my lord, I ask you not to hold against us the sin we have so foolishly committed…” – Numbers 12:10-11