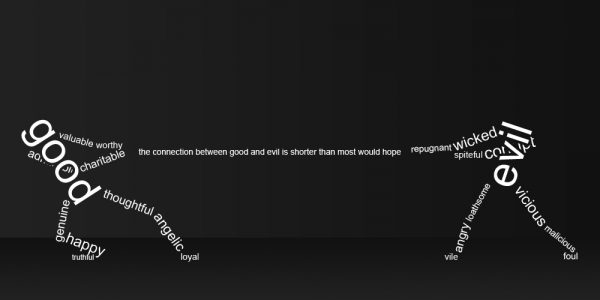 Welcome my presence and watch the atmosphere change around you. Bring the increase of Heaven into all you do and watch hearts be changed.

The prophet Isaiah foretold the very day we are living in.

On an airplane from Dubai, I heard something that sent a chill down my spine. The movie, The Maze Runner, was playing and the words hissed through the headphones: wicked is good.

Because we live in a day where there’s love for the devil and a hatred for Jesus,
when you represent the name of Jesus, you will be called a hater and bad. There are people coming after me and you with intense persecution, and it will only increase in the days to come.

If you stand with Jesus and the truth, you will be hated among men – Jesus Christ Himself declared that in Matthew 10:22-24.

Bruce is called Caitlyn. Law abiding gun owners are called a threat. Israel has been called the children of monkeys and Palestinians are given the Nobel Peace Prize. Illegal aliens waving foreign flags and destroying American property are called responsible American citizens. Islam is called a religion of peace.

Alarmed? Just know this: The sky is not falling. The Kingdom is coming. In order for Jesus to come back on His white horse leading the armies of heaven, this moral decline has to happen. So what do we do?

Rush into the flames and pull out POWs trapped in sin and bondage to Satan! Take them to meet our Fearless Leader Jesus. He is mighty to save. Don’t sit on your blessed assurance and watch this world burn. Put out the flames with the goodness of God and the love of Jesus. It’s good to be hated for loving Jesus.