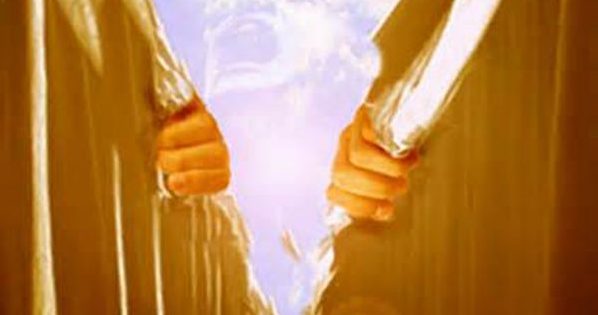 You see Me as in a mirror darkly. You cannot see My face, but you can know My face if you dare to seek My face. Seek Me and You will find Me. I Am Good and I am pleased with your pursuit.

It’s crazy cool that the Bible says God spoke to Moses as if He was talking to a friend. He literally met Moses in the Tabernacle – a tent in the wilderness – to talk to the brother. Though they were “face to face,” Moses was shielded from certain death by the cloud separating them.

It is possible to know the face of God without actually seeing it, but you have to do some seeking to qualify for that kind of revelation and relationship.

At His death, Jesus removed the veil, the thing that keeps us from seeing His face. The Bible says the veil in the temple, which separated the Holy of Holies from the more public part of the temple, was split in half at the words “It is finished!” Jesus wanted us to know Him personally and have access to that most intimate place of meeting.

You need to know that, somehow, King David tapped into that a thousand years before Jesus was born. King David was offered the special invitation of knowing the face of God and he leapt at that invitation. How do I know? In Psalms 27, David says something amazing:

He’s saying, “Lord, you invited me to seek Your face and my heart leapt at the opportunity.”

Jesus is offering you an invitation to seek His face in a way maybe He didn’t offer to our fathers’ before us. Maybe it is exactly as the Bible says in Romans 5:20, that, “where sin does abound, grace does much more abound.”

As our nation and world begins to unravel, as things seem to spin off and sin seems to abound so much, the Word of God says “grace does much more abound.” I believe you and I are being offered a different opportunity and I think that we need to jump on it.

To personally know Him face to face means to know Him in an intimate and powerful way, a secret way. There are a lot of mysteries in the Kingdom, but who Jesus is to you and who you are to King Jesus should not be one of those mysteries.

Do you want to see Him face to face? Accept His invitation. Seek Him and Know His face. You are made in His image. Reflect Him today.