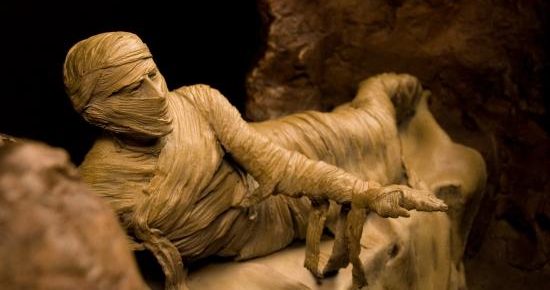 I am so pleased with your heart for the lost. Continue to share your testimony of new life and I will call forth those you love by name!

I love John chapter 11 where Jesus goes to raise Lazarus from the dead. Now remember, Jesus had already told the disciples about the rich man who “ate sumptuously” and Lazarus, who begged for his scraps.

Both men died, but Lazarus was comforted in Abraham’s bosom while the rich man was tormented in hell. The rich man begged for Lazarus to be sent back to warn his brothers to avoid the very hell he was wallowing in. Abraham tells the rich man, “No.”

But he said to him, ‘If they do not hear Moses and the prophets, neither will they be persuaded though one rise from the dead.’” – Luke 16:31

Is this a parable? A mere story or figure of speech? I don’t believe so. I think it’s the key to understanding the raising of Lazarus from the dead after four days in John chapter 11.

You know what else I think? I think the story of Lazarus and the rich man happened during that four days. And while Abraham didn’t have any faith or hope in mankind to see this whopper miracle and believe, Jesus did. He said a resounding, “Yes!”

“Lazarus, come forth!” Had Jesus just said, “Come forth” all the dead would have raised, so He had to be specific. Lazarus hears the voice of Jesus through the rock and that “gulf fixed between heaven and hell.” His heart starts to beat and the blood begins to flow.

While the prophets never had the power to save, Jesus did. I don’t think Abraham himself had a clue about what was going to happen. The resurrection of Lazarus was a powerful sign and I’m sure many believed, but it was not as powerful as Jesus’ death, burial and resurrection. Now that is still blowing minds today!

Do you believe? Do you know someone who needs to believe? Tell them about your rise from death into life. Testify to a God who suffered in hell for three days so they don’t have to. Let your resurrection story be a witness to your unbelieving brothers today!

TODAY IS A GOOD DAY TO ASK THE LORD TO SEND A SIGN TO YOUR LOST BROTHERS AND SISTERS. LET YOUR NEW LIFE BE A WITNESS TO THE RESURRECTION POWER OF JESUS.