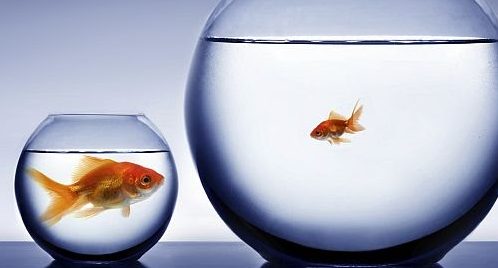 God knows the plan He has for you. He also knows the enemy has stolen pieces of your destiny and our testimony. God is just. Make your case against His enemy so He can rule in your favor. Restoration and restitution are your reward!

For some reason, we humans love rules. We shouldn’t. God didn’t design us to crave rules, but to crave His presence and provision. That’s why He only gave Adam and Eve one rule in the garden…

“But you must not eat from the tree of the knowledge of good and evil, for when you eat from it, you will certainly die.”
– Genesis 2:17

Without fully knowing the extent of the damage they were about to do, Adams and Eve disobeyed. After the fall, they tried to find ways to please their heavenly Father. Not knowing how, they started making rules.

Once there are rules, they get broken. And when they get broken, we cry “No fair!” Look at Cain and Abel. Cain refused to go things God’s way, then cried “No fair!” when God didn’t accept his offering of produce, while his brother’s meat offering was welcomed.

Over the centuries, “no fair” has crept further and further into our belief system. When someone else is successful and we’re not, we cry “No fair!” When others are healthy while we battle cancer, we rail, “No fair!”

There is a dangerous wave of “life needs to be fair” going through our nation right now and it is wreaking havoc not only in society, but in the church. Make sure this is a band wagon you’re not on!

You see, God never promised life would be fair. In fact, He never claims to be fair Himself! Why? Because there is something greater than fair: God is just!

Justice is a term used for what is right or “as it should be.” In a world riddled by sin and ruled by “the lawless one,” there is a lot that isn’t as it should be. We were not meant to live separated from God, trapped in time and sin, but here we are.

This problem is not only corporate, it’s personal. The enemy loves to attack us and take the blessings, promise and purpose God has planned for us. We often don’t realize he was the culprit and when we do, we believe the devil has won. He hasn’t!

Petition God for justice. Catch the thief and make your case to Him. Keep making that case until He rules in your favor. Because He is just, you can be rewarded with restoration and even restitution here on earth!.Yes, your day is coming if you have the guts to go after it!

The Lord says, “I will repay you for the years the locusts have eaten…”
– Joel 2:25a

And remember this: the ultimate justice is when Jesus comes back and claims this world and His people for eternity!

For I, the Lord, love justice, I hate robbery in the burnt offering; And I will faithfully give them their recompense and make an everlasting covenant with them.
– Isaiah 61:8

TODAY IS A GOOD DAY TO MAKE YOUR CASE AGAINST THE DEVIL. PROVE WHERE HE’S TAKEN YOUR JOB, YOUR HEALTH, YOUR RELATIONSHIPS, REPUTATION OR PURPOSE.