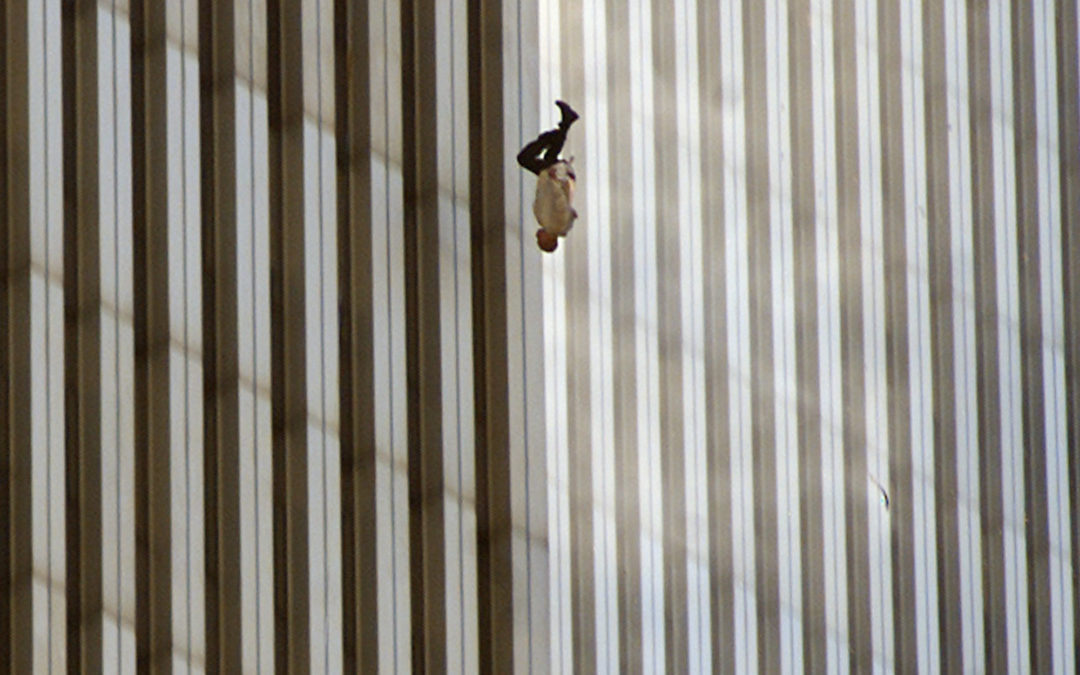 When changes come our way we often blame the enemy if it appears not to line up with our vision. There are times when our direction, led of the Spirit, takes us places only He can justify for our good, or the good of others. The God of all time is not in a hurry…

The son of a Baptist pastor, Jonathan Briley walked to work on September 11, 2001. Having grown up working on his daddy’s PA system, he was employed as the sound engineer for the famed Windows of the World restaurant.

So many terrible things happened that day that we cannot forget. Some we want to – the image of the jets slamming into the towers, the flames and smoke.

As the estimated 1,000 souls trapped on the 100-107th floors were trying to move away from the inferno about to engulf them, New Yorkers on the street looked up, their hands over their mouths. One of them was photojournalist Richard Drew, who lived nearby.

No stranger to history, Drew had been one of the four photographers present when Bobby Kennedy was assassinated nearly 40 years earlier. Today, at 9:41 a.m., 56 minutes after the ordeal began, Drew pointed his lens upward and caught the infamous shot of a man free falling. In all, he took 13 pictures of Jonathan Briley as he plunged 1,300 feet to Church Street below.

Amazingly, Briley is vertical, almost casual as he dove head first ala Superman – arms by his side, left leg bent at the knee and his white jacked billowing free against black pants. This is one amazing photograph we wish we’d never seen.

An asthmatic, Briley was forced to escape the smoke. He obviously decided to die flying rather than choking. In a place and time where every option had been taken away from him, he mustered the courage to step out of the heat and into the hands of God.

His older sister, Gwendolyn, said, “Let me tell you how much Jonathan loved God. He trusted Him so much, he jumped 105 stories expecting God to catch him.”

There is so much victory in that, and this victory can be ours as well. No matter the terrible thing you’re facing today, it pales in comparison to what Jonathan Briley faced. Whatever tough decision is staring you down, have the courage to trust God when nothing else makes sense.

So when this corruptible has put on incorruption, and this mortal has put on immortality, then shall be brought to pass the saying that is written: “Death shall be swallowed up in victory.”
– 1 Corinthians 15:54

TODAY IS A GOOD DAY TO UNDERSTAND THAT YOU MAY FALL, BUT BECAUSE OF YOUR LOVE AND TRUST IN JESUS, YOU WILL RISE AGAIN!