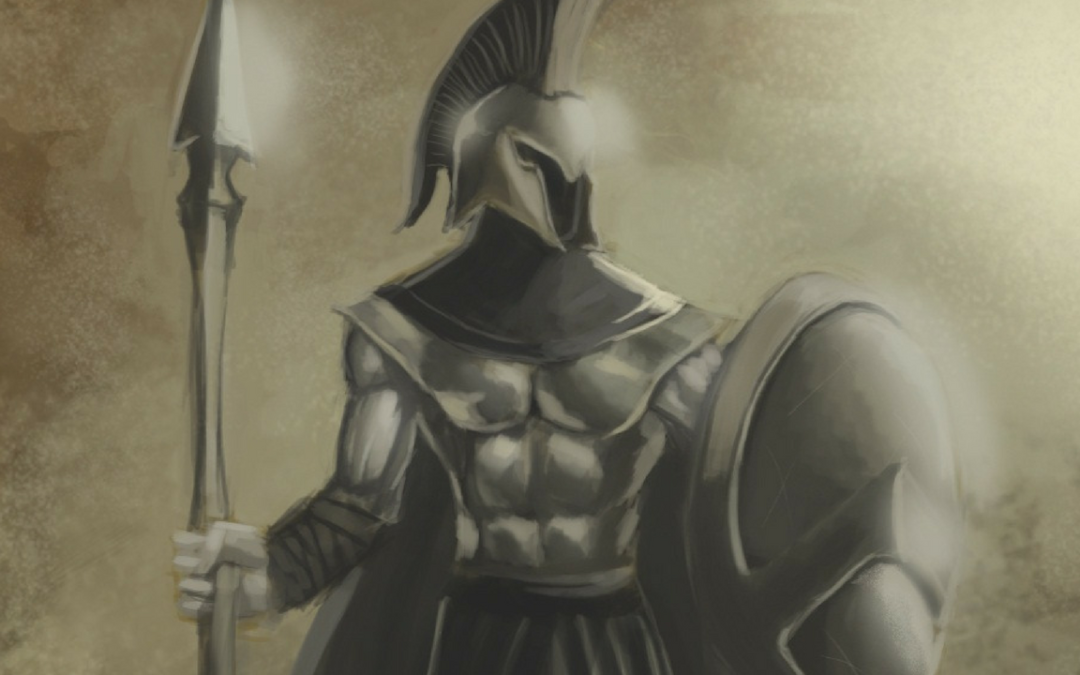 The battles you are going through today will be the stepping stone to the victories of tomorrow. Don’t let the enemy put a strangle hold on you. Persevere through. You will be ready for battle with the strength and stamina that God has given to you.

My mind goes back to a terrible eighth grade bully. Held back three years, he was a foot taller than me and had the IQ of cool whip. He seemed undefeatable. After several months of being his piñata, my history teacher and two coaches took me aside for a clandestine meeting. It was years before I knew that word meant “secret.”

Another clandestine meeting. This time, encouragement and slaps on the back. “Way to go! You had him Troy! Why did you stop? You should have kept punching!”

Submit yourselves, then, to God. Resist the devil, and he will flee from you.
– James 4:7

For You have armed me with strength for the battle; You have subdued under me those who rose up against me.
– Psalm 18:39

TODAY IS A GOOD DAY TO DISCOURAGE THE ENEMY. GET UP FROM THAT DEFEAT AND TAKE A SWING AT SOMETHING BIGGER AND BETTER. DON’T BE AFRAID OF GETTING BEAT UP – THE VICTORY IS ALREADY WON!