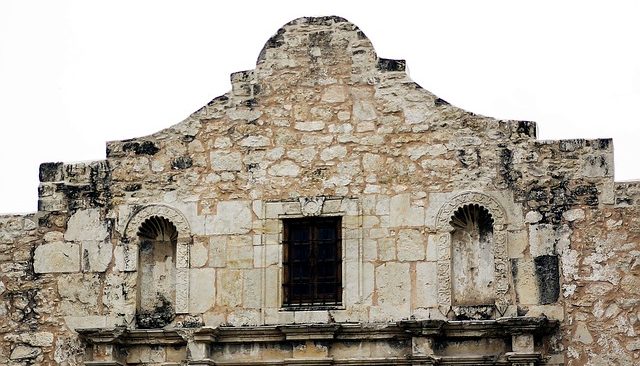 The war for freedom has been won! Our ongoing battles with the bully of darkness is to remind us of this victory and our need to uphold God’s glory. When that molester of souls comes around, remind him that he’s not only defeated, but you’ve got the keys, and authority, to lock him up, and do it!

My fascination with Texas history in general, and the Alamo in specific, began my seventh-grade year.

My Texas history teacher, Dub Crocker, taught about the Alamo in a way I had never heard. He was passionate and personal. We studied in-depth the 13-day siege and the three warriors many revere as the Texas Trinity – William Barrett Travis, James Bowie and the “Lion of the West”, Davy Crocket.

You don’t have to be black to revere Dr. Martin Luther King, Jr., or Catholic to love Mother Theresa. Just like that, you don’t have to be a Texan to love the men who fought and died trying to defeat the evil dictator Santa Anna.

I’ve read dozens of books on the battle and visited the site nearly 50 times. Every time, my tripped-out mind sees Crocket still atop those adobe walls, firing against all odds. Travis is fighting for his life and legacy on the cannon platform at the northeast corner of the fortress despite looming defeat.

I also love the victory of the Battle of San Jacinto. I often visit that battlefield and imagine Sam Houston on his white horse in full gallop toward Santa Anna’s tent.

Oh, the fight for freedom! There is something special about those who battle darkness so they can unlock the chains of others in bondage. I have noticed that while not all revolutionaries are Godly people, Godly people are always revolutionaries. We love freedom!

Yes, a true characterizing of the love of God is to hate bondage and oppression!

Nearly 2,000 years before the freedom fighting Texans fell at the Alamo, Jesus Christ was lifted on the cross. He hated oppression and bondage to sin (the devil) so much that He was willing to die to overcome it.

He loved humanity and wanted you and I to be set free so badly, He was willing to give up His own life to give us a shot at true freedom.

Get this straight: Jesus is not your warden. He is your deliverer. The Bible says that whom He sets free is “free indeed!”

It is for freedom that Christ has set us free. Stand firm, then, and do not let yourselves be burdened again by a yoke of slave.
– Galatians 5:1

It is my humble opinion that Jesus is the only way to have the freedom to forgive, to have joy and peace, to love, and to pursue a life of passion that makes a difference to others. Take advantage of this free gift! Acknowledge Him as your savior today!

TODAY IS A GOOD DAY TO BE A FREEDOM FIGHTER! JESUS HAS ALREADY WON THE WAR FOR YOUR FREEDOM. IT’S UP TO YOU TO WIN THE DAILY BATTLES SATAN WAGES IN YOUR MIND AND IN YOUR LIFE. REMEMBER THE CROSS!