A KNIGHT TO REMEMBER 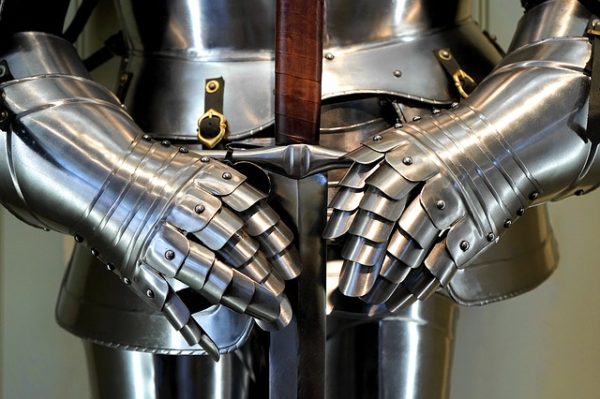 This is the time to step into the harvest and build God’s Kingdom. Your times are in God’s hands, so do what you can for the Kingdom because God is moving in this day and time!

A KNIGHT TO REMEMBER

There’s something neat that happens in my wife’s family. People tend to know when their days on this earth are coming to a close and they try to make the most of them.

Leanna’s grandfather was well into his nineties when he decided to build a new building for his church. “It will take me about two years,” he said. Then he prophetically added, “The first service we are going to have in it will be my funeral.”

Just like he promised, he completed the building two years later. On the day he finished, he went home, called his son, then put on a suit. He laid down on his bed and died, just as he had said. Legendary! And yes, the first service in that new church building was his funeral!

His son, Ray Knight, my father-in-law, did the same thing. He had been going downhill for a while, and we were afraid he would not last until Christmas. However, Ray let us know that he was planning on leaving earth between Christmas and New Year. Boom! He kept that promise.

So teach us to number our days, that we may apply our hearts unto wisdom.
– Psalms 90:12

There is real wisdom in this verse – Ray’s favorite. Like Babe Ruth famously calling his shot, Ray Knight hit it out of the ballpark by knowing the right time.

Can this be said of you? Do you know the time you’re in and have you learned to number your days? A good place to start is with the wisdom of Solomon in Ecclesiastes chapter 3…

To everything there is a season, A time for every purpose under heaven:
– Ecclesiastes 3:1

Solomon then writes of 28 different times in life, or 14 pairs of times such as “a time to mourn, and a time to dance.” Such beautiful poetry! However, these beautiful words, like time itself, have a purpose.

Are you living life like your days are numbered, because they are! Go after Kingdom promises, advancement and, by all means, go after the souls of the unsaved!

The time is short. Call your shot. Prophesy over yourself that the number of souls you’ll take with you will outnumber your days!

TODAY IS A GOOD DAY TO NUMBER YOUR DAYS. ASK JESUS FOR A BIG HARVEST, THEN WATCH HIM GRANT YOUR WISH AND HIS!