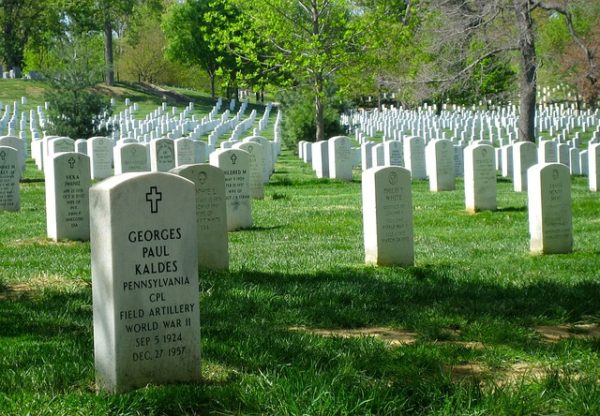 Thank a hero today who served in the Armed Forces. Remember, your freedom wasn’t free. What better way to be like Jesus than to set people free.

The childhood years of my friend Seth Ricketts were filled with G.I. Joe and green Army men. He wanted to be a soldier as a little bitty guy and never grew out of it. At age nine, he looked through the Yellow Pages and called a recruiter.

Seth grew up and on Sept. 11, 2001, watched in horror along with all of America as thousands of his countrymen were forced to jump to their deaths as the World Trade Center towers crashed down upon them. Seth signed up on 9/12. Destiny called, and true to form, Seth stepped up.

He said he was going to protect his country and keep that kind of thing from happening to his family. Over the next nine years and five tours of duty in the Middle East, his family grew to include his wife, Rosie, and three kids – the loves of Seth’s life.

After his fifth tour, there was the usual presentation of medals and accolades that you expect for such a warrior – the Army Commendation Medal was among them. The local newspaper quoted Seth’s platoon leader as he gave testimony to our hometown hero’s values, dedication and love for his family and country.

Seth was killed in Bala Murghab, Afghanistan while fighting with the 82nd Airborne just days before he was scheduled to come home for good. He put his men before his own life. That’s just who he was.

Greater love has no one than this, than to lay down one’s life for his friends.
– John 15:14

I am so appreciative of the selflessness and commitment of our Armed Forces. I am heartbroken for the parents of those families grieving over a warrior who fell in battle. I know Father God grieves as well. His one and only son was a warrior who put others ahead of Himself. He battled true evil – death and hell – to set all of mankind free from slavery to Satan.

God Himself knows the pain of sacrificing His Son. Jesus knows what it’s like to be that sacrifice and, praise God, He would have done it to save just you or I. Now, that’s greater love!

TODAY IS A GOOD DAY TO LAY DOWN YOUR LIFE FOR ANOTHER BY SERVING THEM. TELL THEM ABOUT JESUS, THE WARRIOR WHO GAVE IT ALL FOR THEM AND SAY A PRAYER FOR THOSE FAMILIES WHO HAVE LOST SO MUCH.