THE SLAYING OF GIANTS 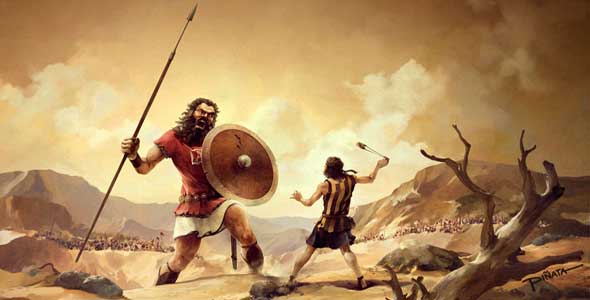 Abraham Lincoln was 6’4” and with his stove pipe hat he was a seven footer. You can imagine how he was considered to be gigantic to people who didn’t leave the farm very often.

When addressing a crowd at Niagara Falls he mentioned real giants saying, “When Columbus first sought this continent- when Christ suffered on the cross- when Moses led Israel through the Red Sea- nay, even when Adam first came from the hand of his Maker- then as now, Niagara was roaring here. The eyes of that species of extinct giants, whose bones fill the mounds of America, have gazed on Niagara, as ours do now.”

What was common knowledge in the mid 19th century among educated Americans, has long since vanished. The known existence of ancient burial mounds containing the skeletal remains of very real giants had been discovered and celebrated for a long time before they were ripped from the school books and their bones stolen from Museums.

In the early 1800s, large bones in stone graves were found in Tennessee with an average size of the skeletons at seven feet tall. In 1833, soldiers reportedly found a twelve foot tall male skeleton in California. An almost ten foot tall skeleton was allegedly excavated in Indiana in 1879. In 1912, eighteen giant skeletons were reported in Wisconsin burial mounds.

“We found one important account from the 1895 ‘Town History of Deerfield, Massachusetts’ — written by noted historian George Sheldon, of an eight foot skeleton with double rows of teeth that was unearthed … and the skull was as big as a peck basket.” Jim Vieira, 48, told The Huffington Post when they were looking into these burial mounds.

What about the world famous “fossilized Irish giant” whose picture appeared in the December 1895 issue of Strand Magazine. It was 12’ 2” and had six toes on its right foot. After being exhibited in Dublin, it was brought to England and exhibited in Liverpool and Manchester at sixpence a head, attracting scientific men as well as gaping sightseers. After a legal dispute over ownership, nothing more appears to have been heard or seen of the exhibit, and then it disappeared.

“Anytime a Museum hosts an exhibit of such artifacts, they are first ridiculed, then they are broken into.” Reports Stephen McCoy, a giant investigator and conspiracy theorist. It is suggested that this is because of a hatred for anything biblical and a reverence for anything demonic by some “other organization”.

Not only do the bones of giants tend to disappear but there’s also a terrible collection of the bones of famous people. Abraham Lincoln’s grave was decimated and some say his head was stolen. The skulls of famous director Friedrich Wilhelm Murnau, Poncho Villa,  and even Ludwig van Beethoven, the legendary Classical composer, have gone missing and are now a part of someone’s private collection. Beethoven wasn’t the only composer to have his skull swiped. The heads of both Mozart and Haydn suffered the same fate. Even the great Apache war Chief Geronimo has his skull in somebody’s vault. Allegedly, in 1918, six members of Yale’s Skull and Bones Society, a not so secret society at Yale University, robbed Geronimo’s grave.

I believe in giants, and while they are not around anymore in the natural, they are certainly alive and kicking metaphorically.  High anxiety and demonic intimidation is represented by the character of a giant.

In the Kingdom, the size of your upgrade is determined by the size of the giant you are having to face. We overcome the terrifying circumstances of life by knowing that God is with us and that we are not alone. We also develop skill sets to deal with these monsters by remembering the victories of our past and how God has delivered us and empowered us in dark days before. The ongoing development of a victorious history between me and my God continues to add to my war against the Goliaths that show up talking trash and trying to freak me out.

I want to encourage you to read 1 Samuel chapter 17, and particularly look at the step by step way David defeated the giant of his day. That single victory got him in the house of royalty and out of debt for the rest of his life.

1 Samuel 17:45-47 Then David said to the Philistine, “You come to me with a sword, with a spear, and with a javelin. But I come to you in the name of the Lord of hosts, the God of the armies of Israel, whom you have defied. This day the Lord will deliver you into my hand, and I will strike you and take your head from you. And this day I will give the carcasses of the camp of the Philistines to the birds of the air and the wild beasts of the earth, that all the earth may know that there is a God in Israel. Then all this assembly shall know that the Lord does not save with sword and spear; for the battle is the Lord’s, and He will give you into our hands.”