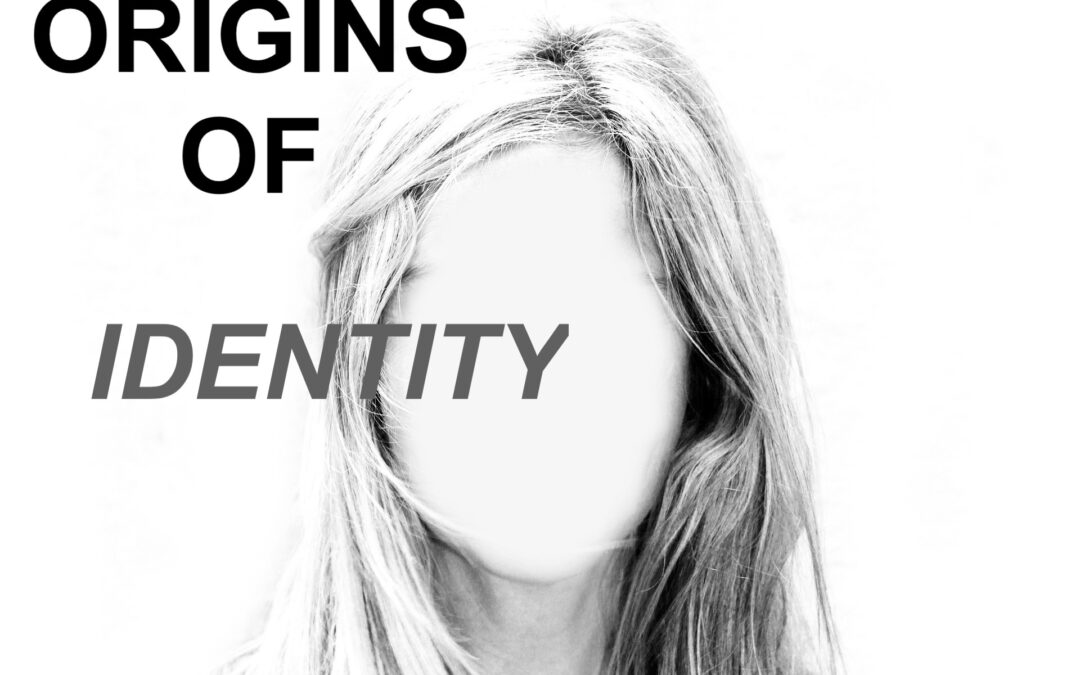 Eight times in the first 26 verses of the very first chapter in the very first book of the Bible, we see that everything God created, He created by saying it–by speaking it into existence. By declaring it.

God speaks things into existence by the power in His word

When God speaks, He creates. Because God is consistent to His character, the same thing happens  when He created man. When God created anything or when He called things into order, He used the power of His Word.

I want you to get an understanding in how God created:

If you can wrap your head around this principle then you will find this creative process all through out These Scriptures here in Chp 1.

Genesis 1:11 – Then God said, “Let the earth bring forth grass, the herb that yields seed, and the fruit tree that yields fruit according to its kind, whose seed is in itself, on the earth”; and it was so.

Just like and arrow released from a bow is strategically aimed at it’s target so God does He aims His speech, His word, He speaks His word at what He wants things to be made of.

Hang with me cause I’m going somewhere with all of this.

Vs 14: when God wanted the Sun, He spoke to the firmament. The firmament is full of gases so when God said, “Let there be light in the heavens,” that brought forth the sun. The Sun is nothing but gasses.

Vs 20: When God wanted fish

Genesis 1:20 – Then God said, “Let the waters abound with an abundance of living creatures…”

God said to the what? Waters! Therefore, fish are made from water and dirt. That means the dirt under the water brought forth the fish, so fish are made up of watery dirt.

Vs 24: When God wanted animals, living creatures, cows and horses it says

Once again God spoke to the what? Earth! He said to the earth bring forth what? Living creatures. Therefore, out the earth came what? Whatever living creature God said.

So, every plant and animal you see is 100% dirt. That’s why whenever an animal dies, it deteriorates back to dirt. When you eat animals, you’re eating dirt. It’s all dirt. Because that’s what God spoke to.

Now, alongside of this is another principle that is very important to understand. Whatever God brought something from, it has to remain attached to wherever it came from in order to live, function, and thrive.

This is a very important principle. So when you study creation everything that came from somewhere it has to feed on where it came from in order for it to live.

Genesis 1:26 – Then God said, “Let Us make man in Our image, according to Our likeness; let them have dominion over the fish of the sea, over the birds of the air, and over the cattle, over all the earth and over every creeping thing that creeps on the earth.”

When God wanted fish, He spoke to the waters.

When He wanted star,s He spoke to the firmament.

When He wanted plants, He spoke to the earth.

When He wanted animals, He spoke to the earth/dirt.

When God wanted Man–that’s you and me–He spoke to Himself.

You came out of God, therefore God said to Himself, “Man come forth.” Out of God came forth a beautiful spirit and He named it man.

Psalm 8:4-6 (AMP) – What is man that You are mindful of him, And the son of [earthborn] man that You care for him? 5 Yet You have made him a little lower than God, And You have crowned him with glory and honor. 6 You made him to have dominion over the works of Your hands; You have put all things under his feet,

God loves you so much because you are not only like Him, you are of Him.

Man is a Spirit. God said to this man who is a spirit

Genesis 1:26 – “Let us make man in Our image, according to Our likeness; let them have dominion over the fish of the sea, over the birds of the air, and over the cattle, over all the earth and over every creeping thing that creeps on the earth.”

Now, there seems to be a problem because the earth is physical and man is a spirit. God now has to do something to make it work for this spirit being to be able to actually function in a visible state. He says, “I have created you, man, to have dominion–or rulership–to govern over the earth. You are to be a leader, a manager–the actual term is “a king” over the earth, but you are a spirit and the earth is physical.

So God now has to take the man who is spirit and put him in a earth suit so the man can rule the earth. So, in chp 2:7, God says “I have to make this earth suit for the man to wear.”

Genesis 2:7 (AMP) – then the Lord God formed [that is, created the body of] man from the dust of the ground, and breathed into his nostrils the breath of life; and the man became a living being [an individual complete in body and spirit].

God had to take the dirt, form a shell–a house–and blew the spirit He created into this dirt body for the man to be able to rule and have dominion. God’s desire in all of this was for man to rule the earth for Him. The man is like Him, therefore the man who is spirit can relate to God who is spirit. God is invisible. The man is invisible but the body is visible. So, God living in the unseen–who also is living in the spirit of man, which is unseen–now can be living in the seen and “on the scene.”

The King of Heaven dominating earth through His own children.

So, the kingdom of God is God who is King of glory, King of Heaven, dominating the earth through His spirit children through their physical/seen/visible bodies so that the unseen can manifest in the seen.

So that the will of God in Heaven could be done on earth through the seen by the unseen living in the unseen which is in the seen on the scene.

Therefore, what’s happening in heaven can now happen on the earth without heaven having to leave and relocate.

This is the Kingdom of God. Before I say anything else, I believe 2023 is the appointed time for the church, for His children to understand The Kingdom and advance the Kingdom!

The message of the Bible–our manual–our warranty from the manufacturer, is The Kingdom.

The disciples asked Jesus what shall we pray for? He said, “Pray”– that means “desire” for God has always wanted.

“Our Father who is in Heaven (the unseen) Hallowed (holy) be Your name.”

The Kingdom of God shall be within you.

After the King of heaven’s death, burial and resurrection, He had them gather in a Upper Room and once again breathed into them another spirit–the Holy Spirit. The kingdom of God is love, joy and peace in the Holy Spirit. (Romans 14:17) When you receive the Holy Spirit, you are being reconnected to Heaven so God’s will can once again be done through a dirt suit.

In vs 26 God said… let them have dominion. (everybody say let them). God did not say, “Let us have dominion,” He said, “Let them.” Let who? Them! That means the only creatures that have legal authority on this earth are man, mankind, humans. I have shared this in the past but let me say it again.

What is a human? The word/term human is a combination of two words: Humus and Man.

The word Humas means “dirt” and the word Man means “spirit being.” When you put the two words together, you get human.  A spirit inside a dirt body. According to God, the only creatures with legal authority on earth to function here legally is humans.

That means a spirit in a body. If you don’t have a spirit, you can’t function here legally and you have to leave. That’s why when you die, you leave because you are no longer legal.

That is why satan is illegal. That is why demons are running to and fro trying to find a body. They want to borrow your body because they need to be legal to do their wickedness here. Demon possession is an attempt for spirits who are illegal to become legal. Demons cannot function without a body here on earth.

That’s why satan came in the form of a serpent when he came to tempt Eve in the garden. That’s why the legions asked Jesus to cast them into pigs when He drove them out of the demoniac of Gadara. That’s why you can walk up and down the street and they never bother you, but when they get into a person, they become destructive cause now they have a body to legally work through. That’s why you have to be cautious with your body. Your body is important to this earth.

The bottom line in all of this is our Origin: that we are made from His spirit from Himself. We can see our identity determines our value and our worth. We are children of a sovereign King–a majestic deity. We are not a mistake in His grand scheme. He created us so we could rule, reign, lead, steward, manage–so we would function in dominating creation – that we have a purpose.

Say with me I have a purpose!

Proverbs 19:21 (NIV) – Many are the plans in a person’s heart, but it is the Lord’s purpose that prevails

God prevailed by creating you to dominate. To become royalty. To discover the truth about who you really are. To bring the invisible Kingdom of heaven and make it visible on your earth. When you unpack the great truth that you have a purpose, you can now unlock the door to another Kingdom principle: Potential.

If you are still breathing the air of the Father on this side of heaven, you still have unlocked potential.

Did you hear what I said? You have Potential. Say that with me: I have potential. That makes you loaded! Tell your neighbor…YOU ARE LOADED!

Proverbs 25:2 (NKJV) – It is the glory of God to conceal a matter, But the glory of kings is to search out a matter.

If you can understand this and discover your identity, purpose, potential that makes you a bad motor scooter.

Let me end with this thought.

Matthew 16:18 (AMP) – And I say to you that you are Peter, and on this rock I will build My church; and the gates of Hades (death) will not overpower it

Matthew 16:18 (NKJV) – And I also say to you that you are Peter, and on this rock I will build My church, and the gates of Hades shall not prevail against it.