DAYS OF THUNDER 3: News of the Kingdom 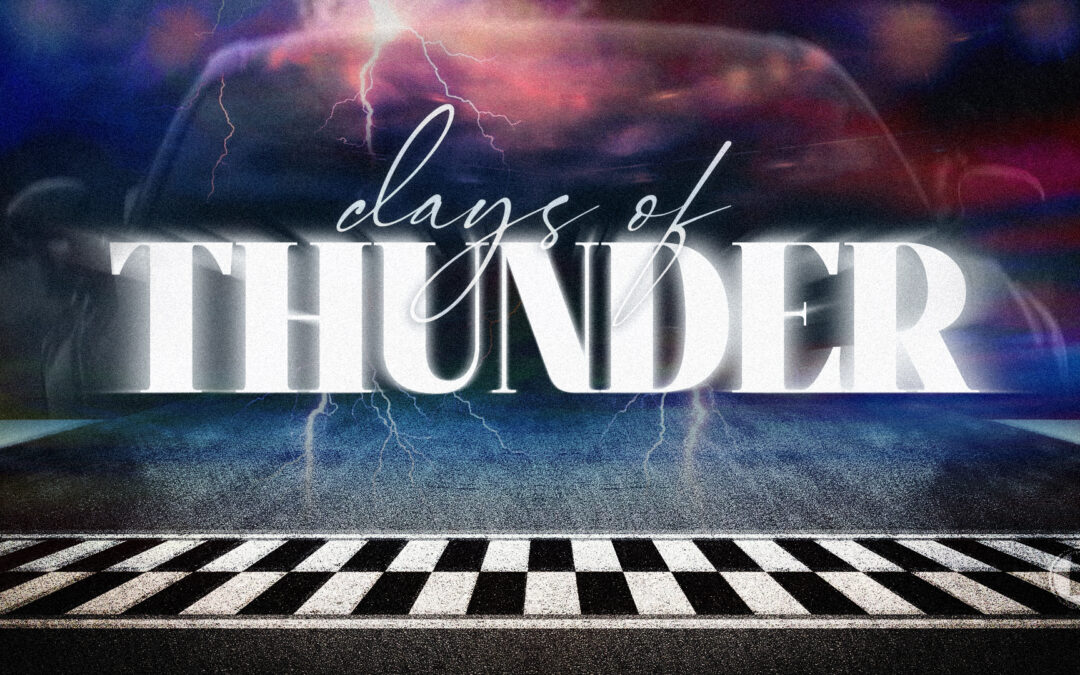 Matthew 16:13–20 describes a conversation between Jesus and the disciples about His identity. It takes place about 25 miles north of the Sea of Galilee in the district of Caesarea Philippi.

Jesus asks who the people say He is and then asks who the disciples say He is. Peter says Jesus is the Christ, the Son of the living God. Jesus says this declaration of faith will be the rock on which He will build His church.

Caesarea Philippi was a town built by Phillip–the the son of Herod the Great and Cleopatra. This is the same Phillip (called Herod) who was married to Salome. Salome conned his brother into decapitating and killing John the Baptist.

So he’s a bad guy. He builds a temple to worship Caesar and that place is called Caesarea Philippi. The place where you worship Caesar that was built by this ruler called Phillip.

The reason Philip built a temple to worship Caesar there is because it was a place for Pagan worship. Pan was said to live there in this giant cave that Pan worshippers called his grotto, but the locals called it “The Gates of Hell.” All kinds of terrible sacrifice happened there. Pan was said to come out of the gates of hell, this giant cave. He was half man and half goat, and he terrorized everybody. It’s where we get the word “panic” and “pandemic” from.

So, imagine Jesus taking his disciples to this terribly offensive and scary place to have a chat.

Matthew 16:13-25
When Jesus came into the region of Caesarea Philippi, He asked His disciples, saying, “Who do men say that I, the Son of Man, am?”

What you’re going to find out in Matthew 16 is that Jesus holds us responsible for what we believe to be true.

14 So they said, “Some say John the Baptist, some Elijah, and others Jeremiah or one of the prophets.”

The general theme of opinion was based upon the idea that the Messiah would be a conquering King.

16 Simon Peter answered and said, “You are the Christ, the Son of the living God.”

17 Jesus answered and said to him, “Blessed are you, Simon Bar-Jonah, for flesh and blood has not revealed this to you, but My Father who is in heaven.
18 And I also say to you that you are Peter, and on this rock I will build My church, and the gates of Hell shall not prevail against it.

20 Then He commanded His disciples that they should tell no one that He was Jesus the Christ.

Jesus Predicts His Death and Resurrection
21 From that time Jesus began to show to His disciples that He must go to Jerusalem, and suffer many things from the elders and chief priests and scribes, and be killed, and be raised the third day.

22 Then Peter took Him aside and began to rebuke Him, saying, “Far be it from You, Lord; this shall not happen to You!”

23 But He turned and said to Peter, “Get behind Me, Satan! You are an offense to Me, for you are not mindful of the things of God, but the things of men.”

When you walk with Jesus, He’s going to confront you on your anti-kingdom agendas.
What you believe is tied into your agenda. Though Peter believed the Father that Jesus was the Messiah and the Christ, he refused to believe that Jesus would suffer and die. He wanted Jesus to be a conquering King and wipe out Rome.

Jesus calls him the devil and gives him a blistering rebuke.

“Don’t try to talk me into a different agenda than God’s agenda. Don’t try and conform me to the opinion of men,” is what Jesus is saying here.

David was a man after God’s own heart…

24 Then Jesus said to His disciples, “If anyone desires to come after Me, let him deny himself, and take up his cross, and follow Me. 25 For whoever desires to save his life will lose it, but whoever loses his life for My sake will find it.”

His will be done. His Kingdom come.
Self-awareness. Confronting your own non-kingdom agendas.

Hearing God speak and having a “yes” in your spirit.

It is one thing for God to give you the plan. It’s a whole other thing for you to conform your life to
the image of God’s plan.