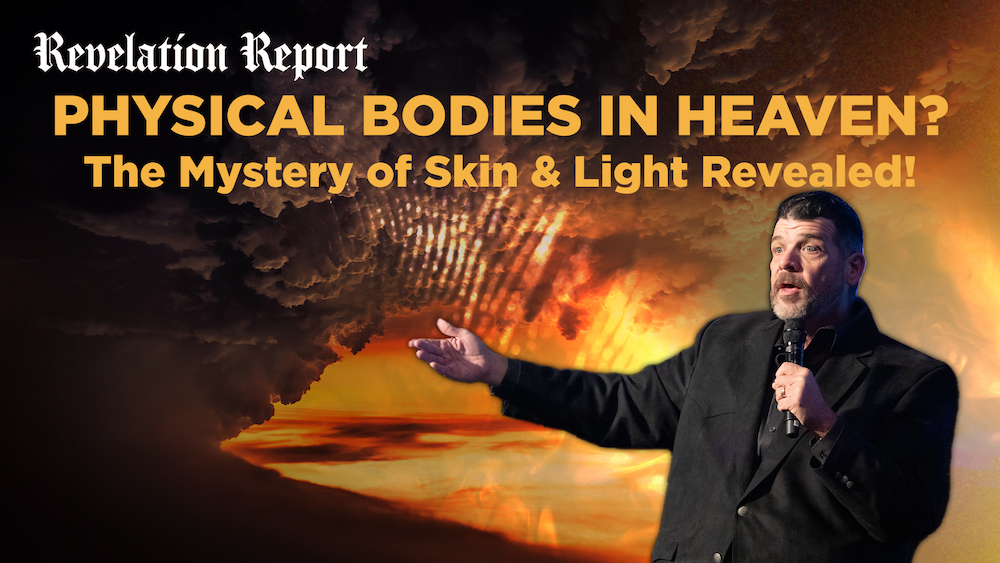 Body vs. Spirit & Skin vs. Light

In Genesis 3:21, Moses wrote that God made Adam and Eve garments of “skin” to replace the fig leaves they had wrapped themselves with. The Hebrew word for “skin” in this verse is pronounced ore (like “this one OR that one”).

“The LORD wraps himself in light as with a garment.”

The actual clothing of God is “light.” The Hebrew word for “light” is also pronounced ore. Man was made in God’s image so Adam and Eve would have been similarly “clothed.”

The phonetic pronunciation of these two words are identical, yet they mean two very different things. Both words are spelled with a silent first letter (the aleph for “light” and the ayin for “skin) followed by the resh.

“The eyes of [Adam and Eve] were opened, and they knew that they were naked.”

The Hebrew word for “knew” in this verse is yada. It means “to learn, to perceive, to have knowledge of.” Many rabbis interpret that this verse is saying Adam and Eve yada (learned) that they had just become naked, whereas they had beforehand been clothed in “light.”

Man, like God, was wrapped in light before the Fall. But, when sin entered the world, darkness followed and light was exchanged for skin/flesh, a nature opposite of God who is spirit (John 4:24).

1 Thessalonians 5:5 – You are all sons of light and sons of the day. We are not of the night nor of darkness.

1 John 1:7 – But if we walk in the light as He is in the light, we have fellowship with one another, and the blood of Jesus Christ His Son cleanses us from all sin.

Furthermore, in Revelation 12, the virgin woman in the heavens (Israel in the natural, the Bride of Christ in the spiritual) is “clothed in the sun” or clothed in light. When we (THE BRIDE) are raptured, the word is clear that we will be taken up body and all, just like Elijah, Enoch and even Jesus.

Enoch and Elijah have skin on right now. I’m guessing they will be the two witnesses for that very reason.

Also, Jesus is in heaven with a body. He will have a body forever and bear the scars forever as PROOF of what He did to rescue mankind. No person, power or principality can argue with physical evidence. With that said, here is a great article on Jesus’ physical body in heaven that plays right into what we are discussing. FIND THE LINK IN THE DESCRIPTION BOX.

Perhaps the “dead in Christ shall raise” is all about bringing that body/skin into the heavenly realm as a testimony or “evidence” of what Jesus did for us and where we come from.

In eternity where time, space and matter “are no more” or have no hold over us, the body obviously has different properties.

Jesus has a physical body AND he walks through walls. He cooks and eats fish and people can literally touch him.

Also, the heavenly beings have bodies of some sort—eyes under their wings and all kinds of craziness.

Paul said in 2 Corinthians 12:2-4 that he was caught up into heaven “whether in the body or apart from the body I do not know.” He had a heavenly encounter just like many people today die and go to heaven, then come back (like Lazarus), and it didn’t matter to Paul at all whether his body went with him or not.

Yes, there are many, many OT verses that imply that “when we are dead we are dead. No talk of being with God when we are dead….”  Remember, they did not have the resurrection yet. That came with Jesus. They lived under the law and death. We live under grace and life. God will reconcile that in heaven in a way only He can do and we will be amazed to see Him work out the salvation of these ancient people.

WE WILL KNOW EACH OTHER BY WHAT WE ARE WEARING IN HEAVEN. OUR “CLOTHES” OR “RAINMENT” WILL REFLECT OUR REWARDS.

1 Corinthians 15:39-42 – All flesh is not the same flesh, but there is one kind [a]of flesh of men, another flesh of animals, another of fish, and another of birds.

42 So also is the resurrection of the dead. The body is sown in corruption, it is raised in incorruption.

2 Adam and Eve 22:8-9 – When Enoch had ended his commandments to them, God transported him from that mountain to the land of life, to the mansions of the righteous and of the chosen, the abode of Paradise of joy, in light that reaches up to heaven; light that is outside the light of this world; for it is the light of God, that fills the whole world, but which no place can contain. 9 Thus, because Enoch was in the light of God, he found himself out of the reach of death; until God would have him die.

DOES JESUS HAVE A PHYSICAL BODY?