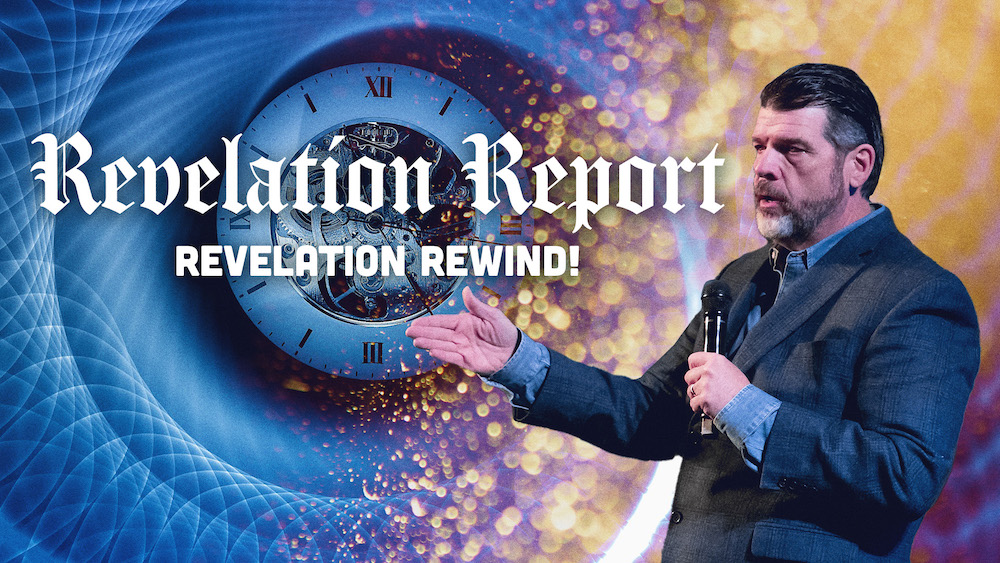 PROPHETIC LAYERS, FORERUNNERS & FORESHADOWING – WHAT ARE THEY?

2. WISDOM IN HOW TO ACT AND REACT

3. TO PROVE HIS SOVEREIGNTY – ONLY THE REAL GOD CAN TELL THE FUTURE

Isaiah 46:10 – Declaring the end from the beginning, And from ancient times things that are not yet done, Saying, ‘My counsel shall stand, And I will do all My pleasure,’

ONLY A GOD WHO KNOWS ALL OF TIME FROM THE END TO THE BEGINNING COULD FORESHADOW HISTORIC EVENTS.

THAT’S WHY THERE ARE 28 TIMES AND SEASONS LISTED IN ECCLESIASTES. IT’S A ROTATING CYCLE.

IS THE EXODUS A FORESHADOWING OF THE BOOK OF REVELATION?

1. WAS PHARAOH A FORESHADOWING OF THE ANTI-CHRIST?

PHAROAH WAS WORSHIPPED AS A GOD. HE HAD COMPLETE CONTROL OVER THE LIFE AND DEATH OF EVERY SLAVE AND FREE MAN IN EGYPT. HE DEMANDED COMPLETE SUBMISSION.

The Beast from the Sea (Anti-Christ)

Revelation 13:6-8 – Then he opened his mouth in blasphemy against God, to blaspheme His name, His tabernacle, and those who dwell in heaven. 7 It was granted to him to make war with the saints and to overcome them. And authority was given him over every tribe, tongue, and nation. 8 All who dwell on the earth will worship him, whose names have not been written in the Book of Life of the Lamb slain from the foundation of the world.

2. WERE THE 10 PLAGUES OF MOSES FORERUNNERS OF PLAGUES AND APOCALYPTIC EVENTS IN THE BOOK OF REVELATION?

Matthew 24:7 – For nation shall rise against nation, and kingdom against kingdom: and there shall be famines, and pestilences, and earthquakes, in divers places.

Revelation 16:2 So the first went and poured out his bowl upon the earth, and a foul and loathsome sore came upon the men who had the mark of the beast and those who worshiped his image.

Revelation 16:21– And great hail from heaven fell upon men, each hailstone about the weight of a talent. Men blasphemed God because of the plague of the hail, since that plague was exceedingly great.

Revelation 9:1-2 – And the fifth angel sounded, and I saw a star fall from heaven unto the earth: and to him was given the key of the bottomless pit. 2 And he opened the bottomless pit; and there arose a smoke out of the pit, as the smoke of a great furnace; and the sun and the air were darkened by reason of the smoke of the pit. 3 And there came out of the smoke locusts upon the earth: and unto them was given power, as the scorpions of the earth have power.

Revelation 16:10 – Then the fifth angel poured out his bowl on the throne of the beast, and his kingdom became full of darkness; and they gnawed their tongues because of the pain. 11 They blasphemed the God of heaven because of their pains and their sores, and did not repent of their deeds.

Revelation 6:7-8 – 7 And when he had opened the fourth seal, I heard the voice of the fourth beast say, Come and see. 8 And I looked, and behold a pale horse: and his name that sat on him was Death, and Hell followed with him. And power was given unto them over the fourth part of the earth, to kill with sword, and with hunger, and with death, and with the beasts of the earth.

3. ARE MOSES & AARON THE ORIGINAL 2 WITNESSES?

Exodus 7:1-2; 7 – So the Lord said to Moses: “See, I have made you as God to Pharaoh, and Aaron your brother shall be your prophet. 2 You shall speak all that I command you. And Aaron your brother shall tell Pharaoh to send the children of Israel out of his land… 7 And Moses was eighty years old and Aaron eighty-three years old when they spoke to Pharaoh.

Revelation 11:3 –  “And I will give power to my two witnesses, and they will prophesy one thousand two hundred and sixty days, clothed in sackcloth.”… 5 And if anyone wants to harm them, fire proceeds from their mouth and devours their enemies… 6 These have power to shut heaven, so that no rain falls in the days of their prophecy; and they have power over waters to turn them to blood, and to strike the earth with all plagues, as often as they desire.

DO YOU SEE THE SIMILARITIES?

(SIDE NOTE: MOSES CAN’T BE ONE OF THE TWO WITNESSES OF REVELATION! HE’S ALREADY HELD THAT POST AND COMPLETED THAT MISSION.)

4. IN THE EXODUS ACCOUNT, THERE WERE 12 TRIBES OF ISRAEL.

IN REVELATION, THERE ARE THE 144,000 JEWISH EVANGELISTS FROM THE 12 TRIBES THAT BRING THE WORLD TO REPENTANCE.

5. THE REVELATION 12 WOMAN (ISRAEL) HIDES FROM THE DRAGON FOR 42 MONTHS

Revelation 12:6 – Then the woman fled into the wilderness, where she has a place prepared by God, that they should feed her there one thousand two hundred and sixty days.

IN THE EXODUS ACCOUNT, THE JEWISH PEOPLE CAMPED IN 42 DIFFERENT LOCATIONS BEFORE GOING INTO THE PROMISED LAND.

6. IN THE EXODUS ACCOUNT, PHARAOH ORDERS THE HEBREWS TO MAKE BRICKS WITH NO STRAW

7. THE EXODUS ACCOUNT ENDS WITH A WEDDING  & THE GIVING OF THE WEDDING VOWS – THE TEN COMMANDMENTS – IN THE WILDERNESS (EXODUS 19-20)

9. IS THE ACCOUNT OF DAVID AND GOLIATH A PROPHETIC PICTURE OF JESUS VS. THE ANTI-CHRIST?

THIS IS WHERE THE BATTLE BEGINS – WITH 2 DIFFERENT SEEDS

Genesis 3:15 – And I will put enmity Between you and the woman, And between your seed and her Seed; He shall bruise your head, And you shall bruise His heel.”

10. IS THE JUDGMENT OF SODOM AND GOMORRAH A PROPHETIC PICTURE OF REVELATION 9?

Revelation 9:14-18 – Saying to the sixth angel which had the trumpet, Loose the four angels which are bound in the great river Euphrates. 15 And the four angels were loosed, which were prepared for an hour, and a day, and a month, and a year, for to slay the third part of men.

USING THE HEBREW CALENDAR, THAT IS 392 DAYS.

FROM THE DAY OF THE FLOOD TO THE DAY THE LORD HIMSELF SHOWED UP TO ABRAHAM ON HIS WAY TO BRING JUDGMENT TO SODOM AND GOMORRAH IN GENESIS CHAPTER 18 WAS – GET THIS – 392 YEARS.

FUN THING TO CONSIDER: READING GENESIS 18, IT’S CLEAR THAT THE ENTIRE TRINITY SHOWED UP TO ABRAHAM. LIKE GENESIS 1:26 WHERE GOD IS CLEARLY THREE-IN-ONE, THE LORD—IN TRINITY FORM– CAME TO ABRAHAM TO DELIVER BOTH GOOD AND BAD NEWS: A SON OF PROMISE WOULD BE BORN & JUDGMENT WAS COMING TO THE WICKED.

Genesis 18:1-5 – Then the Lord appeared to him by the terebinth trees of Mamre, as he was sitting in the tent door in the heat of the day. 2 So he lifted his eyes and looked, and behold, three men were standing by him; and when he saw them, he ran from the tent door to meet them, and bowed himself to the ground, 3 and said, “My Lord, if I have now found favor in Your sight, do not pass on by Your servant. 4 Please let a little water be brought, and wash your feet, and rest yourselves under the tree. 5 And I will bring a morsel of bread, that you may refresh your hearts. After that you may pass by, inasmuch as you have come to your servant.”

THREE TIMES IN THIS ACCOUNT, THE THREE MEN RESPOND IN UNISON.