WEDNESDAY WATCH: THE FOOTPRINTS OF GOD? 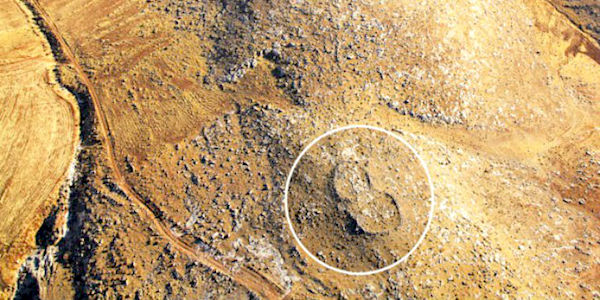 What is the prophetic word in the giant footprints of Israel, the Glen Rose Fire and the Apollo 11 Moon Landing?

From the air, the July 2022 Glen Rose, Texas wildfire is in the shape of a Dinosaur footprint. Why is that significant? Glen Rose, Texas is known for its dinosaur footprints in the rock shores of the Paluxy River. At one time, there were very large human footprints in the stone right next to the dinosaur tracks, but they were mysteriously cut out of the stone and taken away by “scientists” and have never been seen or talked about since. (GRX GLEN ROSE MAP)

WHERE DO WE FIND DINOSAURS IN SCRIPTURE?

Job 40:15-16 – Behold now behemoth, which I made with thee; he eateth grass as an ox. 16 Lo now, his strength is in his loins, and his force is in the navel of his belly. 17 He moveth his tail like a cedar: the sinews of his stones are wrapped together. 18 His bones are as strong pieces of brass; his bones are like bars of iron.

19 He is the chief of the ways of God: he that made him can make his sword to approach unto him. 20 Surely the mountains bring him forth food, where all the beasts of the field play. 21 He lieth under the shady trees, in the covert of the reed, and fens.

22 The shady trees cover him with their shadow; the willows of the brook compass him about. 23 Behold, he drinketh up a river, and hasteth not: he trusteth that he can draw up Jordan into his mouth. 24 He taketh it with his eyes: his nose pierceth through snares.

“BEHOLD THE BEHEMOTH” – NOT ELEPHANT OR HIPPO. GOD WAS WITH ADAM WHEN HE NAMED THE ANIMALS AND KNOWS THE DIFFERENCE BETWEEN BEHEMOTH AND HIPPO

“WHOM I MADE ALONG WITH YOU” – 6TH DAY OF CREATION

MAN AND DINOSAURS DID WALK TOGETHER – GLEN ROSE PROVED IT!

VERY TAME AND DOCILE – JOB IS OBVIOUSLY CLOSE TO ONE. ANIMALS PLAY NEARBY.

EATS PLANTS AND LIES AROUND ALL DAY.

BEHEMOTH IS A LONG-NECKED DINOSAUR – BRACHIOSAUR – IN THE NATURAL, BUT WHAT IS HE IN THE SUPERNATURAL?

THE SPIRIT OF HALT!

Job 40:21-24 says He lies quietly in the shadows stealing or blocking the flow of the Holy Spirit. He drinks up the flow of God’s love and promises.

THIS FIRE WAS TRYING TO BLOCK THE SPIRIT OF TRUTH OF CREATION AND DINOSAURS WHICH IS REVEALED AT GLEN ROSE. DECEPTION!!!!

FOOTPRINTS ARE A BIG DEAL IN THE SPIRITUAL – CONQUEST

Deuteronomy 11:24 – Every place on which the sole of your foot treads shall be yours: from the wilderness and Lebanon, from the river, the River Euphrates, even to the Western Sea, shall be your territory.

Joshua 1:3 – Every place that the sole of your foot will tread upon I have given you, as I said to Moses.

Genesis 3:15  –And I will put enmity Between you and the woman, And between your seed and her Seed; He shall bruise your head, And you shall bruise His heel.”

Luke 10:19 – Behold, I give you the authority to trample on serpents and scorpions, and over all the power of the enemy, and nothing shall by any means hurt you.

FOOTPRINTS WERE A BIG DEAL TO THE EGYPTIANS AS WELL. CHECK OUT PHARAOH’S SANDALS FOUND IN AN Egyptian pyramid (GRX PHARAOH FOOT)

ALL THE NATIONS WERE REPRESENTED ON THE BOTTOM OF HIS SANDALS. WITH EVERY STEP HE WAS SAYING, “I’M WALKING ALL OVER YOU. I’M CRUSHING YOU RIGHT NOW.”

THE JEWS JUST COMING OUT OF CAPTIVITY WOULD HAVE KNOWN THIS SYMBOLISM AND IMMEDIATELY UNDERSTOOD THE PROPHETIC SIGNIFICANCE OF THE FOOT.

WHY IS THAT IMPORTANT?

(TALK ABOUT THE FOOTPRINTS OF GOD YOU SAW IN ISRAEL)

THESE FOOTPRINTS ARE USUALLY AT PLACES CALLED “GILGAL.” SCHOLARS HAVE ALWAYS THOUGHT GILGAL WAS A LOCATION, BUT IT TURNS OUT “GILGAL” IS A FUNCTION. “GILGAL” MEANS “THE PLACE OF THE FOOT.”

WHAT WAS HAPPENING AT GILGAL OR THE PLACE OF THE FOOT? (GRX FOOT MAP)

THE JEWS WERE WORSHIPPING, SACRIFICING AT THE ALTAR. THE FOOT WAS LIKE A GIANT THEATER OR STAGE WHERE THE PEOPLE COULD WATCH THE PRIESTS AND JOSHUA LEAD THEM IN WORSHIP BEFORE AND AFTER BATTLE.

THERE ARE 6 KNOWN SITES FOR THESE FOOTPRINTS THROUGHOUT THE PROMISED LAND AND ALL OF THEM LINE UP WITH BIBLICAL ACCOUNTS OF JOSHUA AND THE TAKING OF THE LAND.

THERE IS A 7th FOOTPRINT THAT IS MORE OBSCURE. (JERUSALEM FOOT).

400 YEARS AFTER JOSHUA, DAVID MADE SURE JERUSALEM– THE CITY HE TOOK FROM THE JEBUSITES – WAS SHAPED IN A FOOT.

ALIYAH – PILGRIMMAGE – MEANING “GOING UP TO THE PLACE OF THE FOOT”

WHERE CAN YOU FIND OUT MORE? THERE ARE LINKS TO SOME BOOK AND VIDEOS FROM A MAN CALLED ADAM ZERTAL DOWN IN THE DESCRIPTION BOX IN YOUTUBE.

WHY THE RIGHT FOOT?

Matthew 22:44 – ‘The Lord said to my Lord, “Sit at My right hand, Till I make Your enemies Your footstool” (under your feet)

EVEN THE LAID BACK AUSTRALIANS HAVE A SANDAL PRINT ON THE MOON! (GRX G’DAY MOON)

IN PARTNERSHIP WITH NASA, AUSTRALIA PUT AN UNMANNED ROVER ON THE MOON AND HAD IT MAKE THIS CRAZY COOL SANDAL PRINT.

THE BIBLE’S GREATEST MYSTERIES – THE FOOTPRINTS OF GOD