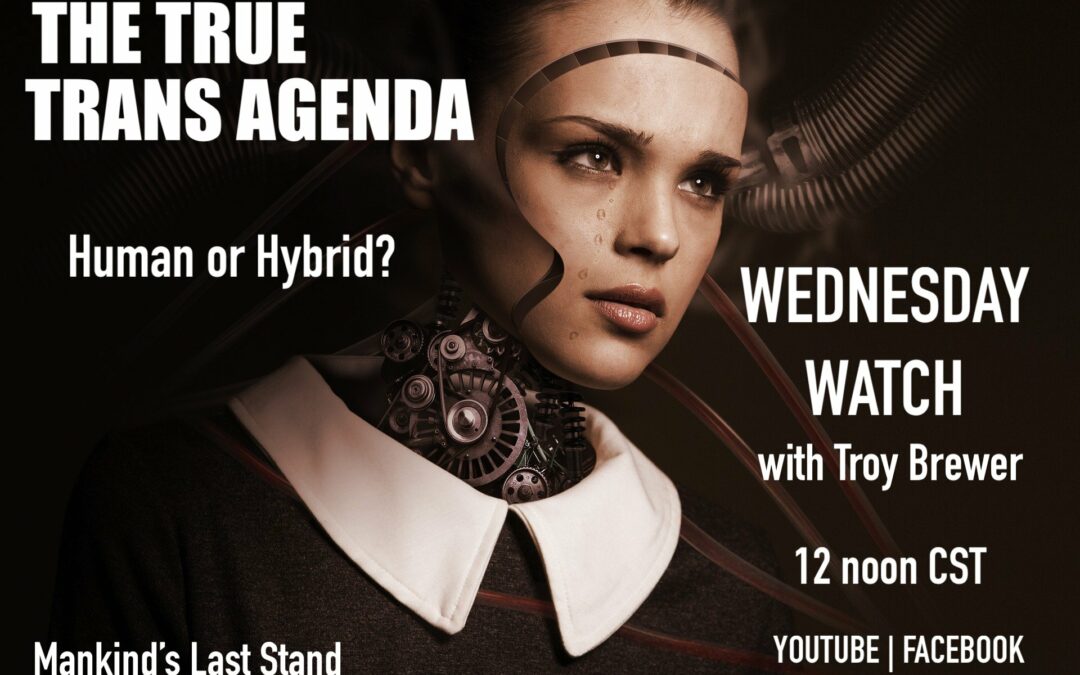 Humans are now “hackable animals” according to an advisor of Klaus Schwab, who issued the chilling warning that humans will no long possess “free will” and are set to be “re-engineered” by Bill Gates. Jewish Dr. Yuval NOAH Harari, an official World Economic Forum contributor, was recorded delivering a speech in which he explains what Klaus Schwab means when he says “it is you who are changed.”

LET’S LOOK AT THAT VIDEO

WE HAVE A NEW NOAH! YUVAL NOAH HARARI, “THE PROPHET” OF THE WEF

1. Lackadaisical attitude of humanity despite the destruction looming in the future. Ignoring the warnings.

Genesis 6:9 – This is the genealogy of Noah. Noah was a just man, perfect in his generations. Noah walked with God. (Only Noah & Enoch “walked” with God.)

Genesis 6:1-2; 4 – Now it came to pass, when men began to multiply on the face of the earth, and daughters were born to them, 2 that the sons of God saw the daughters of men, that they were beautiful; and they took wives for themselves of all whom they chose… 4 There were giants on the earth in those days, and also afterward, when the sons of God came in to the daughters of men and they bore children to them. Those were the mighty men who were of old, men of renown.

The Hebrew word used here for “giants” is nephilim, which literally means “fallen ones.”

God detested and destroyed Satan’s hybrid race with a flood, then again, when the armies of Israel moved into the Promised Land. Why?

THE NEPHILIM, SATAN’S HYBRID RACE, ARE MAKING A COMEBACK THROUGH TECHNOLOGY!

TRANSHUMANISM: the counterfeit of what God offers through the integration of technology into the human body

3. Intelligence (the mind of Christ)

It is the counterfeit of what God offers

HOW WILL THE WORLD ELITES SELL THIS IDEA?

1. Elon Musk and NeuraLink – chip or USB port that links brain to the cloud

Scientist have combined artificial intelligence and a brain-computer interface to help a paralyzed man translate his imagined handwriting into actual text.

Reported in Nature Magazine’s May 12, 2021 edition, the man concentrated as if he were writing—effectively, thinking about making the letters with an imaginary pen and paper.

As he did this, electrodes implanted in his motor cortex recorded signals of his brain activity, which were then interpreted by algorithms running on an external computer, decoding his imaginary pen trajectories, which mentally traced the 26 letters of the alphabet and some basic punctuation marks.

In other words, the system uses electrodes implanted in the brain to interpret neural activity, decode the imagined letters, and use them to create “rapid and accurate” text. He wrote 90 characters or 18 words in one minute with 94 percent accuracy using his imagination.

Genesis 11:5-6 – But the Lord came down to see the city and the tower which the sons of men had built. 6 And the Lord said, “Indeed the people are one and they all have one language, and this is what they begin to do; now nothing that they propose (imagine) to do will be withheld from them.

Tainted bloodlines and hybrids are very real today due to technology

This article in Science Direct from 2018 says:

“Use of CRISPR in large domestic species such as pigs raises the possibility of farming kidneys for transplantation to alleviate the shortage of donor organs. However, significant challenges remain, including how to effectively deliver CRISPR to kidneys and how to control gene editing events within the genome. Thorough testing of CRISPR in preclinical models will be critical to the safe and efficacious translation of this powerful young technology into therapies.”

Why pigs? They are the closest DNA match to humans (not monkeys or apes, so evolution was just proven to be a hoax).

CHIMERA EXPERIMENTS ALL OVER THE GLOBE ESPECIALLY IN UNITED KINGDOM

If the pig is growing a human heart, won’t it also grow a human brain and other organs? How can you control it (think Jurassic Park). DILEMMA!! What exactly are they making and how do they control it (their delivery question above)?

MARIJUANA USE OVER TIME MODIFIES DNA IN YOU AND OFFSPRING! THAT’S WHY IT’S BEING LEGALIZED!

DOES THIS SPEAK OF THE DAYS OF NOAH? YES!

Jasher 4:18-19  – And their judges and rulers (sons of men/watchers) went to the daughters of men and took their wives by force from their husbands according to their choice, and the sons of men in those days took from the cattle of the earth, the beasts of the field and the fowls of the air, and taught the mixture of animals of one species with the other, in order therewith to provoke the Lord; and God saw the whole earth and it was corrupt, for all flesh had corrupted its ways upon earth, all men and all animals.

HOLLYWOOD HAS BEEN PROPHESYING THIS FOR YEARS WITH UNCANNY ACCURACY!!

Do they see the future or do they have the same dark lord as these scientists?

TRANS-AGENDA IS A HYBRID AGENDA BEING PUSHED ON OUR CHILDREN BY THE PROPHETS OF HOLLYWOOD!

Captain America – Steve Rogers injected with a serum that gives him super strength: he does not age or die

Iron Man – Super scientist Tony Stark interfaces with a power cell that gives him everlasting life (until he takes it out). He makes a flying iron suit that his brain interfaces with and it does whatever he thinks about through his computer link JARVIS.

The Fly  – Jeff Goldblum’s character, Seth Brundle, is testing out a teleportation device when an ordinary house fly slips in. Man and fly DNA are merged and Brundle stops being human. THERE IS A ROMANCE COMPONENT to this story with the viewer left wondering if Brundle’s son is a man or fly…

China, Russia and the US are in an arms race to create a lethal “super soldier”

Speaking to students at the 19th World Festival of Youth and Students in Sochi, Russia’s Vladimir Putin warned of the dangers of ‘playing God’ with the genetic code. He says human beings genetically engineered to be ‘immune’ to pain and fear would actually be more dangerous than a nuclear weapon.

DARPA – the US military arm working on super soldiers has started the TNT program to make Halo-Style Supersoldiers who can run at Olympic speeds going for days without food, healing at an accelerated rate, and carrying enough gear to make a bodybuilder cry like a baby. HOW?

THESE MEN AND WOMEN WILL HAVE NO FREE WILL! THIS IS TOTALLY AGAINST GOD’S HEART!

GOD IS LOVE AND LOVE IS BASED ON FREE WILL. IT IS THE CORNERSTONE OF WHO GOD IS!

HOW DOES THIS PLAY INTO THE MARK OF THE BEAST?

Revelation 13:16-17 – He causes all, both small and great, rich and poor, free and slave, to receive a mark on their right hand or on their foreheads, and that no one may buy or sell except one who has the mark or the name of the beast, or the number of his name.

3. Implant that takes away free will

4. Change in DNA so no longer human

5. Choice to bow down to the beast system and its ruler

THE MARK IS AN UNFORGIVABLE SIN —BLASPHEMY OF THE HOLY SPIRIT, DENYING GOD OR THE SPIRIT EXISTS

ESAU SELLING HIS BIRTHRIGHT WAS DESPISED BY GOD AND SO WILL THOSE WHO TAKE THE MARK!

WILL WE WILLINGLY EXCHANGE THE Holy Spirit FOR A CHEAP IMITATION—THUS BECOMING UNSAVABLE?

Engineering Humans for War, The Atlantic

A Thought-Provoking Look at the Gene-Editing Revolution, Bill Gates