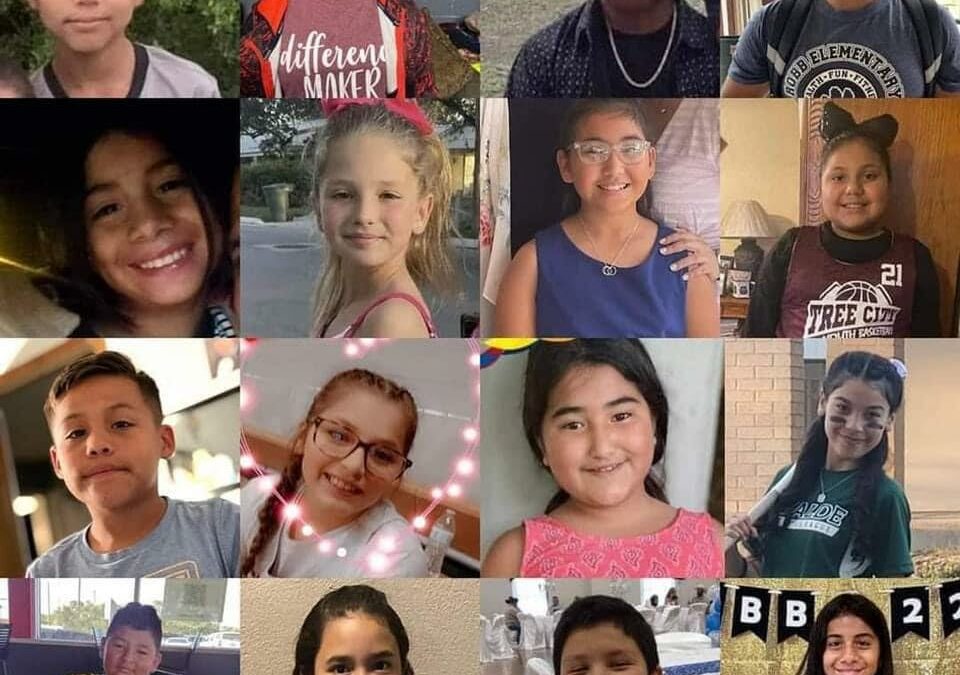 21 VICTIMS
God’s Strength Given with an Open Hand in Times of Distress
Blessings at End of Distress
There are 21 hidden sins brought out into the open for the last days. (2 Timothy 3:2-5)

22 DEAD INCLUDING SHOOTER: RIGHT NOW WORD!
22 as Personal Revelation & Light Made Manifest
Daniel 2:22 – He reveals deep and secret things; He knows what is in the darkness, and light dwells with Him.
There are 22 epistles in the New Testament – the New Revelation of Jesus as the Light of the World
There are 22 letters in the Hebrew alphabet – every word is a revelation or light to mankind
There are 22 chapters in Revelation – revealing Jesus as the Mighty Warrior
“Light” is used 22 times in the Gospel of John.
The 22nd time is John 12:46 –“ I have come as the light of the world…”

Genesis 1:22 – Then God blessed them, and God said to them, “Be fruitful and multiply; fill the earth and subdue it; have dominion over the fish of the sea, over the birds of the air, and over every living thing that moves on the earth.”

ATTACK AGAINST OUR CHILDREN – PROMISE

WHERE WAS GOD? BETTER QUESTION IS “WHERE WAS MAN?”
God kicked out of schools: The U.S. Supreme Court declared school-sponsored prayers unconstitutional on June 25, 1962 – 60 years ago! UNCOVERED!!!

Romans 8:35 – Who shall separate us from the love of Christ? Shall tribulation, or distress, or persecution, or famine, or nakedness, or peril, or sword?

SUFFERINGS OF PAUL FOR THE GOSPEL
1 Corinthians 11:27 – in weariness and toil, in sleeplessness often, in hunger and thirst, in fastings often, in cold and nakedness

A WICKED GENERATION NEEDS TO REPENT OR BE JUDGED
Luke 11:32 – The men of Nineveh will rise up in the judgment with this generation and condemn it, for they repented at the preaching of Jonah; and indeed a greater than Jonah is here.

Romans 11:32 – For God has committed them all to disobedience, that He might have mercy on all.

1 Corinthians 11:32 – But when we are judged, we are chastened by the Lord, that we may not be condemned with the world.

GENERATIONAL PROMISE OF PROMISED LAND FULFILLED
Deuteronomy 11:32 – And you shall be careful to observe all the statutes and judgments which I set before you today.

GENERATIONAL PROMISE BROKEN BY SOLOMON – KINGDOM IS SPLIT
1 Kings 11:32 – but he shall have one tribe for the sake of My servant David, and for the sake of Jerusalem, the city which I have chosen out of all the tribes of Israel,

JESUS DEALT WITH THIS IN HIS DAY

BAD THINGS HAPPEN TO GOOD PEOPLE. THE VICTIMS ARE NOT BEING JUDGED OR PUNISHED!

DOES GOD “ALLOW” BAD THINGS TO HAPPEN TO GOOD PEOPLE? NO!

MAN HAS FREE WILL. OUR CHOICES AFFECT OTHERS, OFTEN IN TRAGIC WAYS.

WE GET CONSEQUENCES OF OUR ACTIONS AND ACTIONS OF OTHERS.

GOD IS IN CONTROL, ON THE THRONE AND PARTNERS WITH US FOR OUR GOOD. ARE YOU PARTNERING WITH GOD TO BRING HEAVEN TO EARTH INSTEAD OF HELL?

GOD IS GOOD. DO NOT CALL HIM EVIL.

DATE OF SHOOTING – 5/24 – SPEAKS OF HIS SOVEREIGNTY

There are 24 elders who circle the throne and 24,000 plus miles that circle the planet (24 time zones)

The 24 elders always fall down and worship because they see Him as King. Worship is associated with the number 24.

Twenty-four is also associated with priesthood as David distributed the priests among 24 descendants of Aaron. (1 Chronicles 24)

The numbers 12 and 24 are both associated with those people who follow the Lamb and worship the Savior.

DATE OF SHOOTING—5/24—ALSO SPEAKS TO MAN’S FALLEN STATE & THE DAY WE ARE LIVING IN:
524 STRONG’S CONCORDANCE – apalgeó: to cease to feel pain for; become callous; being past feeling or having cast off all feeling

DANGERS OF FUTILE THINKING
Ephesians 4:17-19 – This I say, therefore, and testify in the Lord, that you should no longer walk as the rest of the Gentiles walk, in the futility of their mind, 18 having their understanding darkened, being alienated from the life of God, because of the ignorance that is in them, because of the blindness of their heart; 19 who, being past feeling, have given themselves over to lewdness, to work all uncleanness with greediness.

WHAT MAN WILL BE LIKE IN END DAYS
Matthew 24:12 – And because lawlessness will abound, the love of many will grow cold.

The word “savior” is found in the Bible exactly 24 times. GOOD OVERCOMES EVIL!