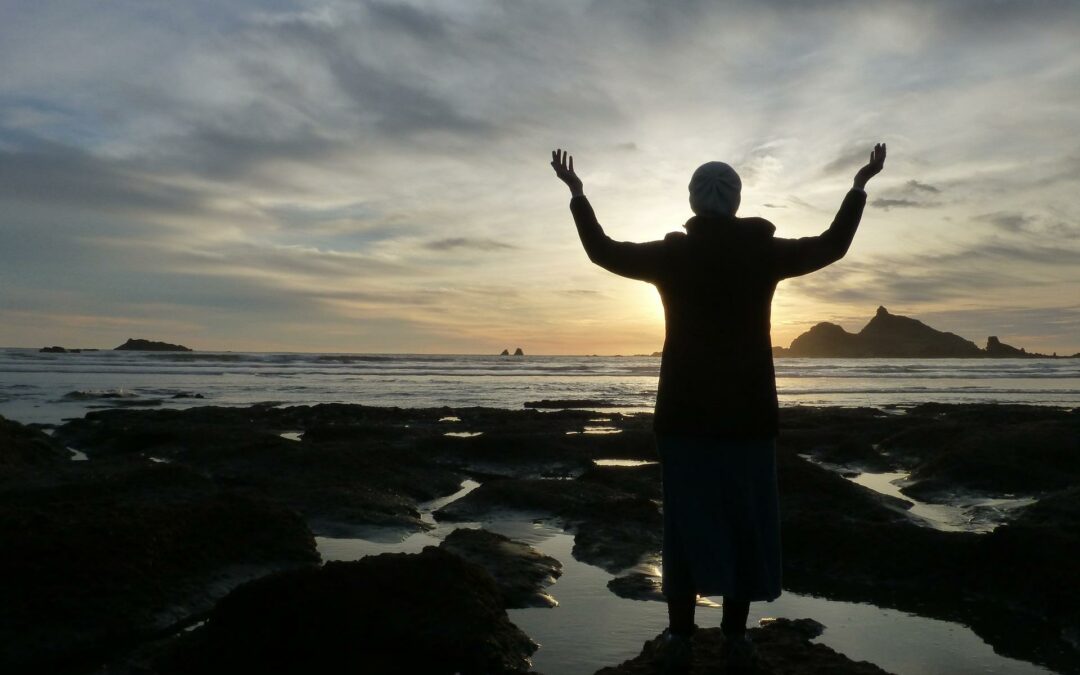 I declare in Jesus’ name that today is a new beginning for me. I am laying down my fear and picking up the promises of power, love and a sound mind. Jesus is my protector, my Rock and my Shield. In Him will I trust.

Years ago, I was busy in ministry on the border. We gave away 6,000 pairs of shoes, then fed and loved on the poor and enslaved in the trash dumps of Matamoros.

Because I still had my band at the time, I had a gig in Dallas on Saturday night. Tired and crunched for time, I did what I had never done before. I took a plane home while the rest of the team drove. Yes, there is a story to tell.

During what was supposed to be a short layover in San Antonio, we were evacuated from our plane. Bomb sniffing dogs were released on all 100 passengers and FBI agents combed us, our belongings and the plane for an explosive.

The airport had received several calls about a bomb in the terminal and a Dallas-bound flight. They evacuated the plane, took it to a safe zone and found nothing. We were allowed back on two hours later.

The basics I just told you were on the evening news and in the next day’s newspaper. What was missing from the story is there were no reports of the person they arrested, even though I saw officials take them off the plane.

While the airline handled the situation well, I did not get fully reimbursed for my ruined underwear. I might be an awesome man of God, but I’m also a big fat chicken. God knows this about me. Because of this, I know one thing for certain: He is my protector. He’s yours too.

There is really no telling what all your Heavenly Father is protecting you from. Like the old Amy Grant song “Angels Watching Over Me” says, “A reckless car ran out of gas before it ran my way.” Yes, there are “near misses all around us” and “accidents unknown” that your Abba handles before they get to you, His kiddo.

There is no doubt in my mind He’s eliminating threats the same way you pick up sharp objects to keep your little ones safe. You should be so thankful that He is your Father and a good one at that! Praise you Abba for being the Protector that you are!

“He who dwells in the secret place of the Most High shall abide under the shadow of the Almighty. I will say of the LORD, ‘He is my refuge and my fortress; My God, in Him will I trust.’” – Psalms 91:1-2

TODAY IS A GOOD DAY THANK YOUR ABBA FOR PROTECTING YOU. FROM WHAT? YOU’LL KNOW SOMEDAY. FOR NOW, PRAISE HIS NAME!