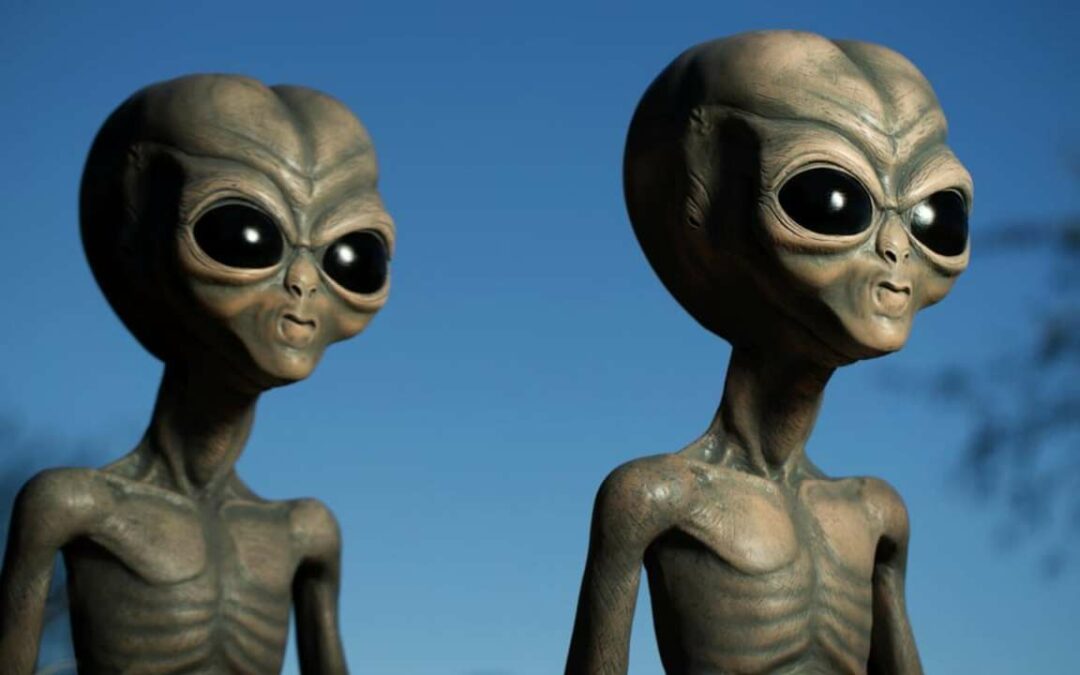 GOD DOESN’T WARN US TO SCARE US, BUT TO PREPARE US.

2 Thessalonians 2:9-12 – The coming of the lawless one is according to the working of Satan, with all power, signs, and lying wonders, 10 and with all unrighteous deception among those who perish, because they did not receive the love of the truth, that they might be saved. 11 And for this reason God will send them strong delusion, that they should believe the lie, 12 that they all may be condemned who did not believe the truth but had pleasure in unrighteousness.

SO WHAT IS THE STRONG DELUSION, THE GREAT LIE?

WHERE DO WE FIND ALIENS IN SCRIPTURE?

“AS IT WAS IN THE DAYS OF NOAH” – So Jesus warned his disciples in the book of Matthew.

1. Lackadaisical attitude of humanity despite the destruction looming in the future.

3. Hybridization of humanity during the Days of Noah.

Genesis 6:9 – This is the genealogy of Noah. Noah was a just man, perfect in his generations.

NOAH, HIS SONS & DAUGHTERS IN LAW WERE LIKELY THE ONLY GENETICALLY PURE PEOPLE AT TIME OF THE FLOOD.

Genesis 6:1-4 – Now it came to pass, when men began to multiply on the face of the earth, and daughters were born to them, 2 that the sons of God saw the daughters of men, that they were beautiful; and they took wives for themselves of all whom they chose. 3 And the Lord said, “My Spirit shall not strive with man forever, for he is indeed flesh; yet his days shall be one hundred and twenty years.” 4 There were giants on the earth in those days, and also afterward, when the sons of God came in to the daughters of men and they bore children to them. Those were the mighty men who were of old, men of renown.

The Hebrew word used in verse 4 for “giants” is nephilim, which literally means “fallen ones.”

Sons of God – “Watchers” 72 angels (possibly more) put in charge of stewarding nations to help mankind. PRINCIPALITIES! Prince of Persia that Daniel’s herald angel had to fight for 21 days to get the interpretation of his dream in Daniel chapter 10.

Jude 1:6 – And the angels who did not keep their positions of authority but abandoned their proper dwelling—these he has kept in darkness, bound with everlasting chains for judgment on the great Day.

MORMONS BELIEVE PSALMS 82 POINTS TO A COUNCIL OF GODS AND ELOHIM IS JUST ONE OF THESE GODS. NOT TRUE. IN THIS PSALM, “BIG ‘G’ GOD” IS TALKING TO THE “small ‘g’ gods”—the Watchers who were supposed to help guide the nations and humanity.

Psalms 82 (A Plea for Justice)  – God stands in the congregation of the mighty; He judges among the gods. 2 How long will you judge unjustly, And show partiality to the wicked? Selah 3 Defend the poor and fatherless; Do justice to the afflicted and needy. 4 Deliver the poor and needy; Free them from the hand of the wicked. 5 They do not know, nor do they understand; They walk about in darkness; All the foundations of the earth are unstable. 6 I said, “You are gods, And all of you are children of the Most High. 7 But you shall die like men, And fall like one of the princes.” 8 Arise, O God, judge the earth; For You shall inherit all nations.

BOOK OF ENOCH HAS GREAT INFORMATION ON WATCHERS. WAS PART OF KING JAMES 1611 BIBLE, BUT WAS MYSTERIOUSLY TAKEN OUT IN THE 1800s.

2 ENOCH 18:7 (Enoch in 5th Heaven under the earth, a prison for the Watchers) And those men answered me, “These are the Grigori (watchers), who turned aside from the LORD, 200 myriads, together with their prince Satanail. And similar to them are those who went down as prisoners in their train, who are in the second heaven, imprisoned in great darkness. And three of them (Watchers) descended to the earth from the LORD’s Throne onto the place Ermon. And they broke the promise on the shoulder of Mount Ermon. And they saw the daughters of men, how beautiful they were; and they took wives for themselves, and the earth was defiled by their deeds. Who (watchers) in the entire time of this age acted lawlessly and practiced miscegenation and gave birth to giants and great monsters and great enmity. And that is why God has judged them with a great judgment; and they mourn their brothers, and they will be outrages on the great day of the LORD.”

WHERE DO WE FIND GIANTS IN the Bible?

Numbers 13:33 – There we saw the giants (the descendants of Anak came from the giants); and we were like grasshoppers in our own sight, and so we were in their sight.”

GIANTS IN THE BIBLE:

ALIEN AGENDA – ARE ALIENS REALLY FALLEN ANGELS & THEIR DEMON OFFSPRING, THE NEPHILIM—DISEMBODIED SPIRITS LOOKING FOR A HUMAN HOST BECAUSE THEY WERE ONCE HALF HUMAN?

THE BOOK OF DANIEL MAY HAVE A CLUE. REMEMBER NEBUCHADNEZZAR’S DREAM OF THE GIANT STATUE WITH FEET OF IRON & CLAY MIXED? CHECK THIS OUT:

Daniel 2:40-43 – And the fourth kingdom shall be as strong as iron, inasmuch as iron breaks in pieces and shatters everything; and like iron that crushes, that kingdom will break in pieces and crush all the others. 41 Whereas you saw the feet and toes, partly of potter’s clay and partly of iron, the kingdom shall be divided; yet the strength of the iron shall be in it, just as you saw the iron mixed with ceramic clay. 42 And as the toes of the feet were partly of iron and partly of clay, so the kingdom shall be partly strong and partly fragile. 43 As you saw iron mixed with ceramic clay, they will mingle with the seed of men; but they will not adhere to one another, just as iron does not mix with clay.

Is Daniel talking about the demonic trying once again to mix with humans? Could he be talking about technology? We’ll talk more about that possibility next week.

HYBRIDIZATION OF THE HUMAN SPECIES IS NOT SCIENCE FICTION. IT IS HAPPENING ALL OVER THE WORLD, BUT MORE ON THAT IN FUTURE REVELATION REPORTS.

God detested and destroyed Satan’s hybrid race with a flood, then later, when the armies of Israel moved into the Promised Land they were told to kill them all. Why?

4. WHEN HUMAN PART OF NEPHILIM DIED IN THE FLOOD, THE SUPERNATURAL PART OF THEM DID NOT DIE. THEY BECAME DISEMBODIED SPIRITS—DEMONS—LOOKING FOR A HOST BODY.

DEMONS HATE BEING DISEMBODIED. LEGION EVEN BEGGED JESUS TO SEND THEM INTO PIGS—UNCLEAN ANIMALS.

Matthew 8:28–34 – And when he came to the other side, to the country of the Gadarenes, two demon-possessed men met him, coming out of the tombs, so fierce that no one could pass that way. And behold, they cried out, “What have you to do with us, O Son of God? Have you come here to torment us before the time?” Now a herd of many pigs was feeding at some distance from them. And the demons begged him, saying, “If you cast us out, send us away into the herd of pigs.” And he said to them, “Go.” So they came out and went into the pigs, and behold, the whole herd rushed down the steep bank into the sea and drowned in the waters.

PROPHETIC PICTURE OF THE FLOOD OF NOAH!!

Why are we talking about Nephilim today? Because they are making a comeback in these last days as aliens.

THE “FROGS” JOHN TALKED OF SOUND LIKE “LITTLE GREEN MEN” WHO HAVE BEEN ABDUCTING HUMANS AND PERFORMING SEXUAL, HYBRIDIZATION EXPERIMENTS ON PEOPLE SINCE THE 1940s.

The Pale Horse of the Apocalypse “chloros” or sickly green.

Satan always has a ripoff. He cannot create life, but maybe he can conjure up these tiny little sickly, green space bodies for demons to inhabit?? Just a thought.

THE RISE OF ALIEN ABDUCTIONS BEGAN WHEN THEY TOOK PRAYER AND the Bible OUT OF SHOOLS!

Barney and Betty Hill were driving on a rural highway to their home in Portsmouth, New Hampshire. By all accounts, the Hills were an exemplary couple: he a postman, she a social worker, active in their community and in the civil rights movement. On an isolated road snaking through the White Mountains, the couple later recounted, they saw a bright object that appeared to be following their car. They arrived home around 5 a.m., unable to account for two hours of the night but feeling that something terrible had happened to them. They eventually remembered being abducted by aliens and going through sexual experimentation.

All alien abduction stories are directly traced to the template of Barney and Betty Hill, only after aliens started kidnapping people in movie and TV plot lines in the late 1950s. Reports of flying saucers surfaced in the late 1940s; aliens were fixtures of science fiction in the early 1900s.

TODAY, 2.5 PERCENT OF THE POPULATION CLAIMS TO HAVE BEEN ABDUCTED.

THERE IS NO RECORD OF AN ALIEN KIDNAPPING OR APPEARING TO A BORN AGAIN BELIEVER.

MANY WHO CALL ON THE NAME OF JESUS HAVE HAD THESE “LITTLE GRAY MEN” DISAPPEAR UPON HEARING THE NAME.

PEOPLE WHO HAVE BEEN VISITED BY “ALIENS” AND HAVE GOTTEN SAVED, NO LONGER HAVE VISITATIONS.

THE POPE, VATICAN, SATANIC AGENDA IS THE DARK SIDE OF THE ALIEN DECEPTION.

NEXT WEEK, WE’LL DISCUSS THE “LIGHT SIDE” OF THE ALIEN DECEPTION THAT IS COMING OUT OF THE NEW AGE MOVEMENT WITH THE ALLIANCE OF LIGHT BEINGS, EARTH SEEDING, AND MED BED TECHNOLOGY THAT OUR SPACE BROTHERS ARE ALLEGEDLY ABOUT TO BRING US TO BETTER HUMANITY IN THE AGE OF AQUARIUS (POURING OUT OF THE Holy Spirit)