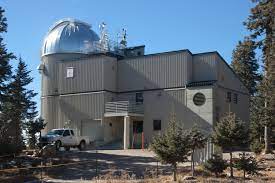 DO NOT BE DECEIVED! – WHAT IS GOING ON WITH THE Catholic Church AND ALEINS?

2 Thessalonians 2:9-12 – The coming of the lawless one is according to the working of Satan, with all power, signs, and lying wonders, 10 and with all unrighteous deception among those who perish, because they did not receive the love of the truth, that they might be saved. 11 And for this reason God will send them strong delusion, that they should believe the lie, 12 that they all may be condemned who did not believe the truth but had pleasure in unrighteousness.

SO WHAT IS THE STRONG DELUSION, THE GREAT LIE?

WHERE DO WE FIND ALIENS IN SCRIPTURE?

IT SEEMS POPE FRANCIS MAY KNOW A THING OR TWO ABOUT ALIENS. CHECK OUT WHAT IS BEHIND HIS THRONE IN HIS GRAND MEETING HALL WHERE HE HOLDS MASS:

Statue is called “The Resurrection of Christ” and depicts a disfigured Jesus rising out of the crater of a nuclear bomb.

• If you look closely, you can see serpents all around him.

HERE’S THE REALLY CREEPY PART, IF YOU CUT THIS STATUE IN HALF AND YOU PUT A MIRROR UP TO IT, THIS IS THE IMAGE YOU GET: NOT ONLY DOES JESUS LOOK LIKE A GRAY SPACE ALIEN WITH A GIANT HEAD (WE’LL TALK MORE ABOUT THAT NEXT WEEK), DO YOU SEE THE FACE OF BAPHOMET – THE BEAST THE CHURCH OF SATAN WORSHIPS?

THE VATICAN  HAS IT’S OWN OBSERVATORY AT THE PALACE AND HAS BEEN STUDYING THE STARS FOR YEARS. CHECK OUT THIS VIDEO FROM THE ASSOCIATED PRESS CALLED “THE VATICAN’S TAKE ON ALIENS: (VIDEO)

NOT ONLY DO THEY HAVE A TELESCOPE AT THE VATICAN, THE POPE HAS THE WORLD’S STRONGEST INFRARED TELESCOPE ON MT. GRAHAM IN ARIZONA.

More expensive and powerful than anything NASA has, it is named LUCIFER

What does LUCIFER stand for?

Lucifer was Satan’s name before he fell. That was when he was an angel of Light and he was setting up the earth for mankind.

When he figured out earth was not going to be his domain, but man’s, and that man was going to be made in God’s image, Lucifer rebelled against God and he has been OUR enemy ever since.

Why name this telescope after man’s enemy?

POPE FRANCIS UNDERSTANDS SCIENCE VERY WELL. According to the Pope’s Astronomer, brother Guy Consolmagno, a Jesuit and Director of the Vatican Observatory on Mt. Graham in Arizona: (VIDEO CLIP FRANCIS HAS A BACKGROUND IN CHEMISTRY…)

Infrared technology gives the ability to see in a different spectrum of light that cannot be accessed with the human eye. Vatican astronomers say they see spaceships and have had encounters with alien life forms for years. In fact, they say they talk about these spaceships and encounters as if they happen so often, they are almost a nuisance.

Mt. Graham is on Apache tribal land and is a sacred site for them. It is said to be a portal and they believe dark beings come from it.

SEDONA, ARIZONA IS NOT FAR FROM MT. GRAHAM. ALSO KNOWN FOR PORTALS OR “VORTEXES,” THE ALIEN AGENDA IS EVIDENT THERE AS WELL.

If this seems really strange to you, check this out. In 2020, the Vatican’s annual nativity scene set up in St. Peter’s Square in the heart of Vatican City, was literally a bunch of space aliens!

IF THE Catholic Church IS TALKING TO ALIENS, WHO ARE THEY REALLY TALKING TO?

“AS IT WAS IN THE DAYS OF NOAH” – So Jesus warned his disciples in the book of Matthew.

1. Lackadaisical attitude of humanity despite the destruction looming in the future.

3. Hybridization of humanity during the Days of Noah.

Genesis 6:9 – This is the genealogy of Noah. Noah was a just man, perfect in his generations.

NOAH, HIS SONS & DAUGHTERS IN LAW WERE LIKELY THE ONLY GENETICALLY PURE PEOPLE AT TIME OF THE FLOOD.

Genesis 6:1-4 – Now it came to pass, when men began to multiply on the face of the earth, and daughters were born to them, 2 that the sons of God saw the daughters of men, that they were beautiful; and they took wives for themselves of all whom they chose. 3 And the Lord said, “My Spirit shall not strive with man forever, for he is indeed flesh; yet his days shall be one hundred and twenty years.” 4 There were giants on the earth in those days, and also afterward, when the sons of God came in to the daughters of men and they bore children to them. Those were the mighty men who were of old, men of renown.

The Hebrew word used here for “giants” is nephilim, which literally means “fallen ones.”

Enoch 6:1-3 – And it came to pass when the children of men had multiplied that in those days were born unto 2 them beautiful and comely daughters. And the angels, the children of the heaven, saw and lusted after them, and said to one another: ‘Come, let us choose us wives from among the children of men 3 and beget us children.’

Jude 1:6 – And the angels who did not keep their positions of authority but abandoned their proper dwelling—these he has kept in darkness, bound with everlasting chains for judgment on the great Day.

2 ENOCH 18:7 (Enoch in 5th Heaven under the earth, a prison for the Watchers) And those men answered me, “These are the Grigori (watchers), who turned aside from the LORD, 200 myriads, together with their prince Satanail. And similar to them are those who went down as prisoners in their train, who are in the second heaven, imprisoned in great darkness. And three of them (Watchers) descended to the earth from the LORD’s Throne onto the place Ermon. And they broke the promise on the shoulder of Mount Ermon. And they saw the daughters of men, how beautiful they were; and they took wives for themselves, and the earth was defiled by their deeds. Who (watchers) in the entire time of this age acted lawlessly and practiced miscegenation and gave birth to giants and great monsters and great enmity. And that is why God has judged them with a great judgment; and they mourn their brothers, and they will be outrages on the great day of the LORD.”

WHERE DO WE FIND GIANTS IN the Bible?

Numbers 13:33 – There we saw the giants (the descendants of Anak came from the giants); and we were like grasshoppers in our own sight, and so we were in their sight.”

GIANTS IN THE BIBLE:

God detested and destroyed Satan’s hybrid race with a flood, then later, when the armies of Israel moved into the Promised Land. Why?

4. WHEN HUMAN PART OF THEM DIED IN THE FLOOD, THE SUPERNATURAL PART OF THEM DID NOT DIE. THEY BECAME DISEMBODIED SPIRITS—DEMONS—LOOKING FOR A HOST BODY.

Why are we talking about Nephilim today? Because they are making a comeback in these last days as aliens.

THERE IS NO RECORD OF AN ALIEN KIDNAPPING OR APPEARING TO A BORN AGAIN BELIEVER.

MANY WHO CALL ON THE NAME OF JESUS HAVE HAD THESE “LITTLE GRAY MEN” DISAPPEAR UPON HEARING THE NAME.

PEOPLE WHO HAVE BEEN VISITED BY “ALIENS” AND HAVE GOTTEN SAVED, NO LONGER HAVE VISITATIONS.