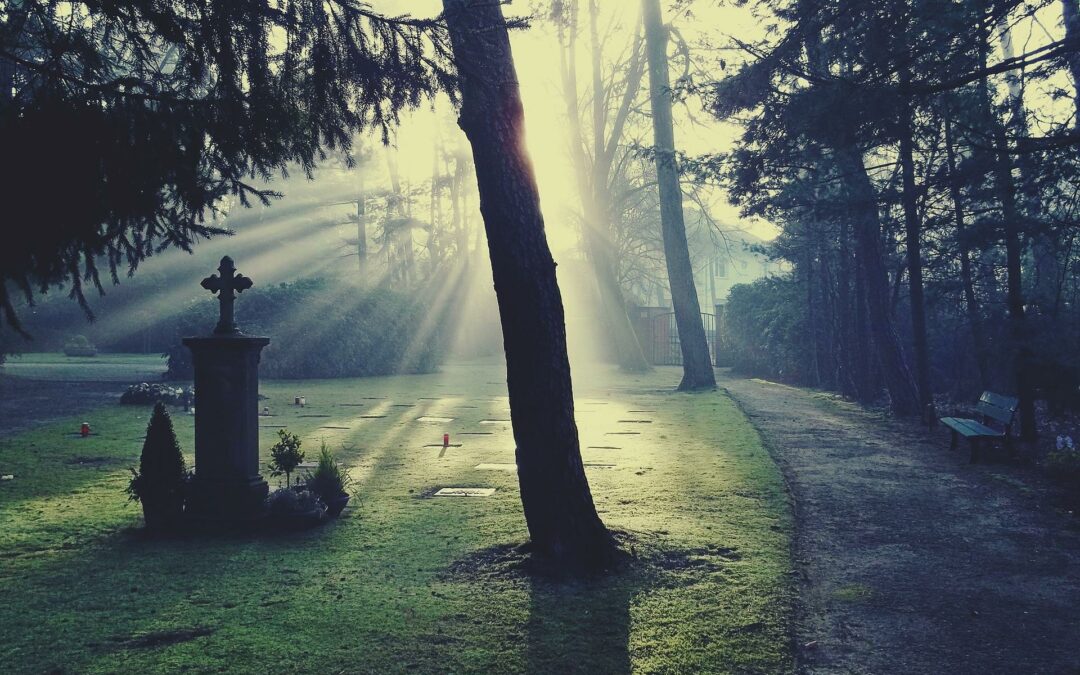 You have heard it said, “You only live once,” but believers are actually passing through to an eternal life. Isaiah 35:4 says to those with fearful hearts, “Be strong, do not fear; your God will come, He will come with a vengeance; with divine retribution and He will come and save you.”

Perhaps the most potent and effective lie of Satan that we swallow whole is the overwhelming fear that “something bad is going to happen,” or “death is after me.”

Impending doomsday is a terrible feeling. I get it ever single time I step onto an airplane. I’m not going to lie to you, none of us gets out of this life alive.

Just as man is destined to die once and after that face judgment.  – Hebrews 9:27

The Bible doesn’t shy away from death, but treats it as a matter of fact. In Ecclesiastes, it simply says there is a “time to be born and a time to die.” It’s just the way it is. We don’t have to like it and, if you want to live well, you won’t let the fear of it rule you.

So many people have been completely incapacitated by the fear of death. Many don’t know this but history’s most famous nurse, Florence Nightingale, was so traumatized by the suffering and death she encountered while taking care of the wounded in the Crimean War, she eventually fell slave to the fear of death. She said she knew it was stalking her.

Once bold and selfless, she laid down in her bed, turned her face to the wall and waited for death. A heroine in all the history books, her end came at age 90. She never left her bedroom.

Do not let the fear of death paralyze you! Florence Nightingale did and she wasted several decades of her life. Think of the impact her service could have made over 50 years!

While the Bible is the ultimate authority, I believe these men have some good advice on the subject.

“All battles are fought by scared men who’d rather be some place else.” – John Wayne

TODAY IS A GOOD DAY TO CONFRONT THE FEAR OF DEATH. DON’T GIVE IT POWER OVER YOUR LIFE. GIVE YOUR LIFE TO JESUS!