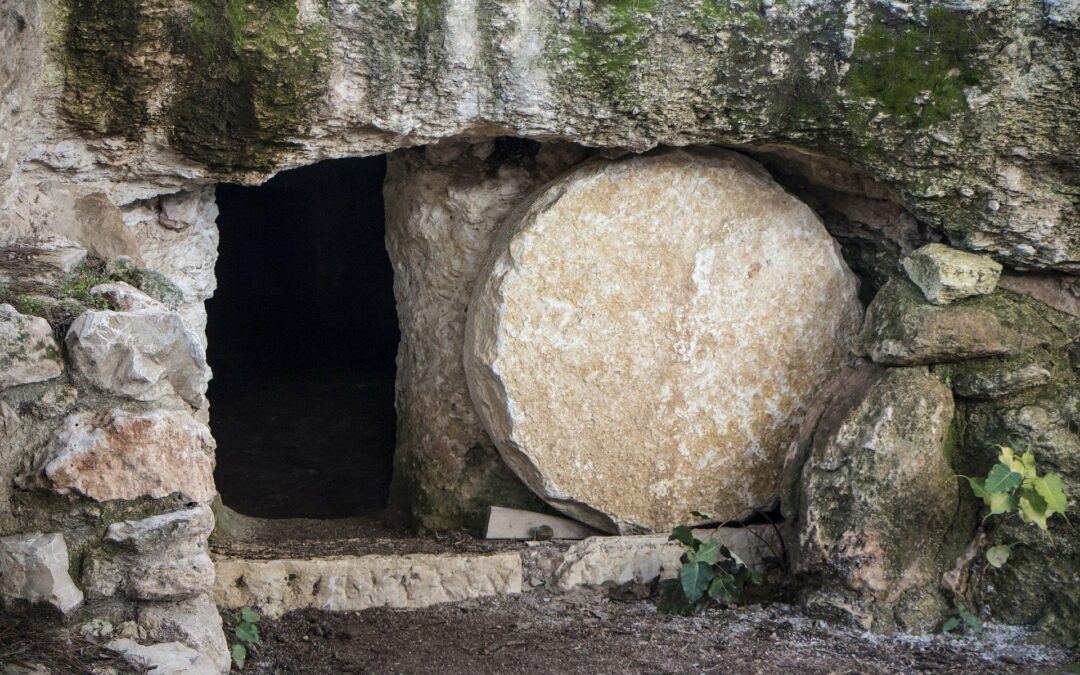 I declare in Jesus’ name that today, I will have hope in the midst of sorrow and faith in the face of failure. I am saved by the blood of Jesus. He has given me eternal life and nothing can snatch me out of his hand.

Oh, I love the account of the empty tomb. While the men are still sleeping, if they can sleep at all after such a horrific series of events, the women pack up pounds of perfume, myrrh, and frankincense—materials for the painful task of preparing the body of their promised Messiah to literally rot away to dust.

Just the fact that these women went to the tomb at all—surrounded by soldiers—showed such defiant hope. What were the chances the Romans would roll away the stone for them to enter? Slim to none. Pilate was told of a plot to steal the body of Jesus. The Pharisees were in fear that he would, indeed, rise on the third day as he prophesied, and Rome was taking no chances.

Pilate said to them, “You have a guard; go your way, make it as secure as you know how.” So they went and made the tomb secure, sealing the stone and setting the guard. – Matthew 27:65-66

Still, they went. What if they didn’t? What if the disappointment and despair were just too much to deal with? What if they feared the guards or the pharisees whom I’m sure were not far away? They knew the prophecy. The religious leaders had pulled together a kangaroo court for Jesus and manipulated the magistrate into murder. Surely, Jesus’ followers knew they would be easy pickings.

To say that these women had courage and commitment is an understatement. And because they went, the impossible happened: the stone was rolled away.

Despite the efforts of the world’s most powerful army, the door was wide open. My friends, not only did King Jesus jump up and slap death in the face, he rolled away the stone—not so he could get out of the tomb. Jesus is supernatural. He walks through walls. The stone was rolled out of the way so you and I could go in. Like the faithful women two thousand years ago, we could look and see that he is not there.

But the angel answered and said to the women, “Do not be afraid, for I know that you seek Jesus who was crucified. He is not here; for He is risen, as He said. Come, see the place where the Lord lay.” – Matthew 28:5-6

Do you have the same defiant hope for yourself? If not, you can have the blessed assurance that your tomb will also, someday, be empty. That’s the whole point of Jesus rising from the grave. He did it to conquer death for you and me. Like those who ran to the tomb, he tells you, “Come and see!” You will not be disappointed. Defiant joy awaits!

WATCH NOW: TELL THEM THE LORD HAS NEED OF IT