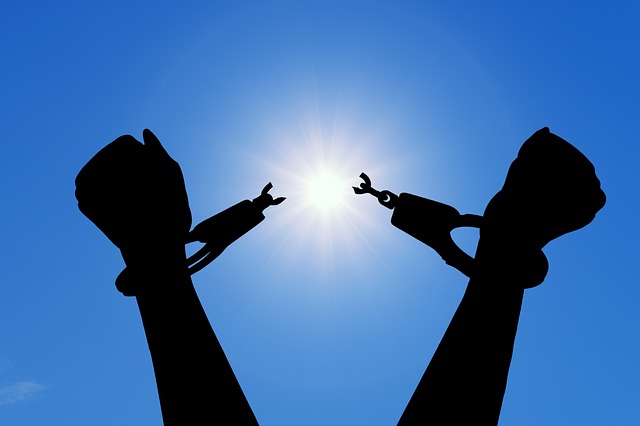 God has set you free so that you can help set others free. Find those places and pass on the gift of freedom to others!

There seems to be a hatred for slavery connected to the day I was born. While I was bawlin’ for somebody to turn out the lights, 570 miles east of me, a young black man – a Christian by the name of James Meredith – looked at this hands and saw the color red. He’d just been shot.

An American veteran, Meredith almost died the day I was born. A white sniper thought he deserved to die for trying to go to college. He was the first black student admitted to the University of Mississippi, a flashpoint in the American civil rights movement.

Motivated by his faith and courageous sense of duty, Meredith stood his ground, lived to be an old man and saw his son, Joseph, graduate from the University of Mississippi with a doctorate.

He said, “Nobody and picked me. I believed, and believe now, that I have a divine responsibility…”

On that same day 101 years earlier, the Thirteenth Amendment to the United States Constitution abolishing slavery was officially adopted as law.

Lincoln once said, “Slavery is founded on the selfishness of man’s nature. Opposition to it is his love of justice.”

I get all lathered up over injustice and “what ain’t right.” I think it’s part of my destiny to be a redemption fanatic. I love freedom and hate control just like my Father God. He hates it so much, He gave us and His angels free will to choose whether or not we want to be part of His family.

Hating the chains on our hearts, He left His Father and home in heaven and became a man. He taught people about God’s love and home in heaven, then battled sin on the cross and slapped our slave master, Satan, in the face by rising from the grave three days later.

Yes, human slavery is wrong so why didn’t Jesus abolish it? Because that’s our job. We invented it. You see, He came to destroy a much worse, eternal form of slavery to sin, death and Satan. As free people who love justice because our God is just, you and I have a divine responsibility. Break every chain!

Stand fast therefore in the liberty by which Christ has made us free, and do not be entangled again with a yoke of bondage. – Galatians 5:1

TODAY IS A GOOD DAY TO SET SOMEONE FREE FROM ETERNAL BONDAGE TO DEATH AND SATAN. TESTIFY TO A GOOD AND JUST GOD. SET A CAPTIVE FREE.