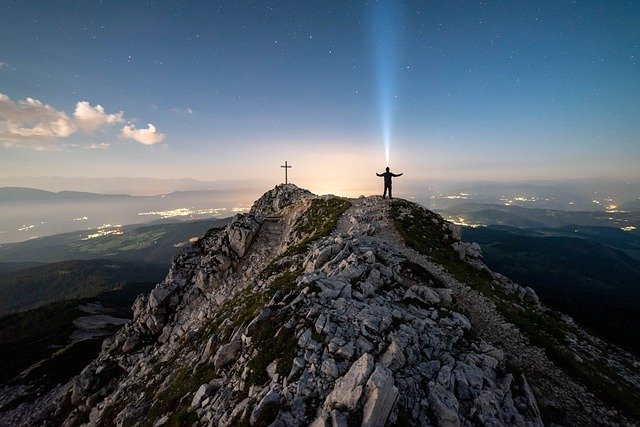 I’m from a small town in Texas. From the age of six, I lived on a farm. If you know anything about farmers, you know they have a holy hatred of coyotes.

I will never forget 1972. It was the summer the local farmers went to war with these vermin and shot what seemed to me to be about 100 coyotes in one grand hunt. According to the myth that it would scare off other coyotes, all those dead carcasses were nailed to fence posts.

I will never forget this display of trophies. I tried to count them every time we drove down the road. I know the number was over 80 rotting corpses of fur and teeth attracting a sky full of buzzards in the punishing heat.

It was a terrible sight and left quite an impression on me. Now, I’m not six anymore, and 44 years later, I’m convinced God let that one event make a verdict in me that I can’t ignore. I call it my Varmint Verdict.

Christ has redeemed us from the curse of the law, having become a curse for us (for it is written, “Cursed is everyone who hangs on a tree”)… – Galatians 3:15

Jesus became a curse hanging on a tree for us. A gruesome trophy for the unbelieving Romans and the blinded Pharisees, but a sight of pure love and beauty to us whom He’s saved.

In other words, at the cross, Jesus, because of the curse was nailed down then hung up so that we could be blessed. Yes, there is a mystery in how this works, but the picture of it is so striking to me. Something that was perfect became sinful and what was blessed became cursed so that a knucklehead named Troy could stand in a place called perfect and blessed.

The cross is both horrible and fascinating. I wooden wonder you and I need to say “thank you” for.

TODAY IS A GOOD DAY TO EXAMINE THE CROSS. SEE THE BLESSING IN THE CURSE AND KNOW THAT JESUS CALLS YOU HOLY AND HIS!