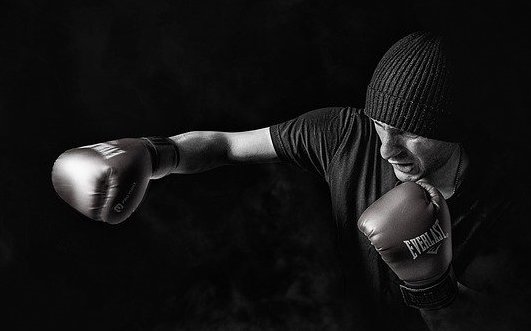 Your enemy prowls around like a roaring lion seeking whom he may devour. He is not a lion. He is not that powerful. He needs your cooperation to devour you. Say no and stand stand your ground.

When all hell is breaking loose, you stand. When you don’t know what do to, stand is what you do. You hold on to the righteousness of Jesus Christ. That’s what it means to stand.

That’s when the momentum changes. That’s the whole understanding of Jehovah Nissi and ‘The Lord is our Banner.” We need Him to be our banner and fight for us because we don’t fight against flesh and blood, no sir. We fight “against principalities, against powers, against the rulers of the darkness of this age, against spiritual hosts of wickedness in the heavenly places.”

The devil isn’t God’s enemy. He is your enemy. He is my enemy. He hates and wants to destroy mankind because we’re what He wanted to be – made in the image of God and destined to be sons, daughters and heirs to the Kingdom of Jesus Christ.

We may be powerful, but we don’t always know how to fight. We have to learn it and lesson number one is learning to stand. Can you do that? Can you dig in your heels and say, “My God is good and He’s going to show up here”? You can. Stand your ground. It’s that simple.