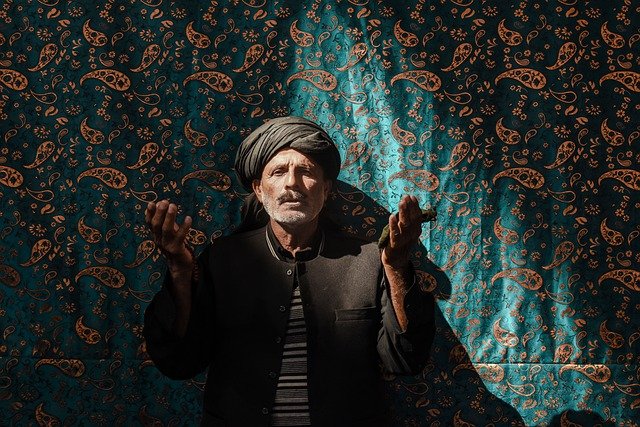 Just as I called out to Hagar in the desert and rescued her from death and despair, I blessed her son, Ishmael. He is the son of My friend, Abraham. He is a mighty nation and I love His children. Testify to Me and pray for their deliverance. They are your family too.

It’s been a while since I told you a story, so today’s your lucky day. Years ago, Leanna and I were on our first missionary trip to Sierra Leone, Africa. To say it was a rugged place wouldn’t do it justice. This place was raw!

We had been in a mostly Muslim village run by “the Tiki Man” – a witch doctor whom I won over with a few selfies and some applause. We loved on those people and helped them. When it was time to leave, these people who had never taken a bath in their lives, climbed on our bus to take us to civilization and the airport.

When we got there, our bus driver actually ran over a woman in the street, which caused a huge mob to form. They not only pulled our driver off the bus and gave him a beat down, they were rocking the bus, shouting and threatening to push us over.

Not knowing what to do, I told Leanna, “I’m going to act like a crazy man and push my way off this bus and through the crowd. You get behind me and keep your head down!”

My bride, being way smarter than I am, said, “But Troy, Jesus is going to do something, isn’t He? He always does something for us when we need it.”

Duh! I completely forgot about Jesus. In the midst of the mess and madness, I put my hands in the air and shouted. “Father, in the name of Jesus, let the Prince of Peace be manifest here.” BOOM! The noise stopped and the people just walked away.

Our Muslim brothers and sisters were stunned into silence. Abdul, the guy who had been sitting on my knee for seven hours said, “We know Jesus, but we don’t know Him as the Prince of Peace. He is just a prophet.” So I said, “Abdul, why don’t I pray that you to know Him like I know Him?” Abdul said OK and I did

Several days after I was home, the phone rang and it was Abdul. No joke! He had a dream where he was sitting under a tree reading the Koran when a man he didn’t know gave Him a Bible and told him, “Abdul, read this. It testifies of Me. I Am Jesus, your salvation.”

My friends, Abdul was calling me from church! Jesus showed up for him just like He showed up for me on that bus. In his dream and when he woke up, Abdul gave his life to Jesus. He called me to see if he should take on a Christian name now that he knew the truth. I said, “He called you by name – Abdul. I’d keep it and tell everyone that Jesus loves Muslims.”

He does and so should you. Pray for their day of visitation so they will know that Jesus isn’t a prophet – He’s their salvation.