ARMOR UP, YOU BAD MOTOR SCOOTER 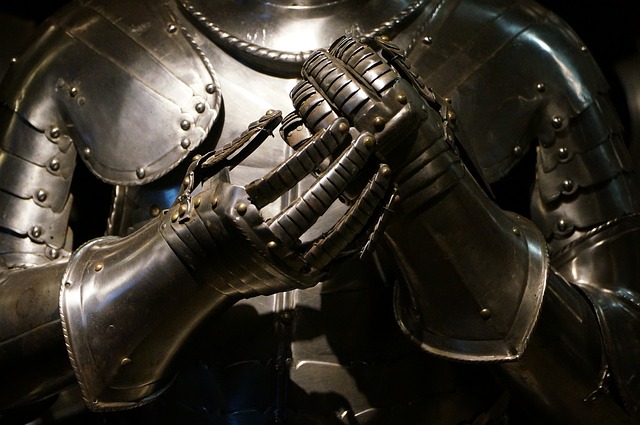 I don’t see you as you see yourself. I see you as I created you to be. Listen to My voice only. I will tell you who you are – you are dangerous to the enemy. Don’t fear him. Fight him and step into your destiny as My child.

ARMOR UP, YOU BAD MOTOR SCOOTER

The Bible tells us that Goliath not only had six fingers, he was six cubits and a span tall, and had a spear that weighed six shekels. The infamous giant had six demonic pieces of armor. Six is, of course, God’s number for the flesh and that’s what giants represent – the flesh.

All this may be why Saul’s army cowered at the sight of Goliath every day. Not one man, King Saul included, dared to take him on. Fear was rampant in the camp. We’re a lot like Saul. Fear keeps us out of the battle.

I say all this to say that in Ephesians 6, God has an answer to how the flesh is armored up.

“Put on the whole armor of God, that you may be able to stand against the wiles of the devil. For we do not wrestle against flesh and blood, but against principalities, against powers, against the rulers of the darkness of this age, against spiritual hosts of wickedness in the heavenly places.” – Ephesians 6:11-12

How do we armor up according to the Spirit of God? He provides us the helmet of salvation, breastplate of righteousness, shoes of the Gospel of peace, the sword of the Spirit, the belt of truth, and the shield of faith, to extinguish every fiery dart of the enemy. Did you count them? I count six, but Scripture gives us an additional, overcoming weapon of warfare.

That’s the seventh piece. Goliath had six. But in the Spirit, you and I have seven. You can overcome anything with an army of one when the one is King Jesus. Amen. The Spirit of God always has one up on the flesh – the in-a-me and the enemy.

So, take on the giants in your life. Defeat the enemy with the Spirit of Truth. Let Him tell you who you are because you are a warrior, an overcomer, and a bad motor scooter. Goliath, take that!