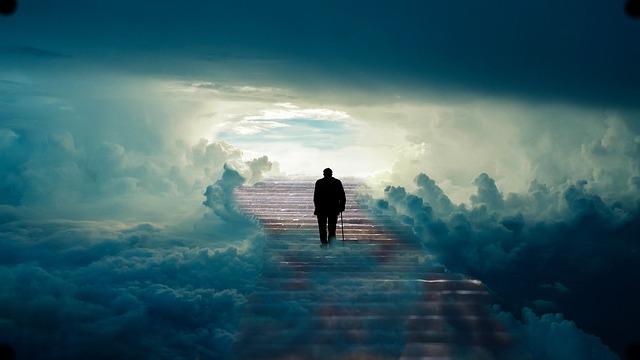 I love an open door. When you act prophetically to ignite the Holy Spirit to work on your behalf, Heaven invades earth and signs, miracles and wonders are released. Walk through the door. You have the keys and I will not close you out.

Prophetic acts are not only a powerful tool against the enemy, they build our faith in God and the reality of His promises.

Sometimes, when I don’t feel above something, I’ll stand on a chair and declare, “I am over this thing in the name of Jesus.”  Then, I get down before I break my stupid neck.

I often walk around with my prayer sword and go to battle over my family, our church, or my finances. There’s nothing magical about holding onto a sword, but as a prophetic act, I’m declaring in the spirit that I’m holding onto a much more powerful sword – the Word of God. I am taking it literally that the weapons of my warfare are not carnal, but mighty to the pulling down of strongholds. It’s a prophetic act.

A prophetic act can hold spiritual power for fulfillment or breakthrough when the Holy Spirit directs it. Check out 2 Kings 13:14-20. Brother Elisha, who gets no respect, is laying on his deathbed and instead of the king showing up to him and saying, “I’m so sorry that you’re dying. I bless you and I want to help you,” crazy King Joash shows up whining, crying, and vexing the brother on his deathbed.

King Joash says the northern kingdom of Israel is being attacked and Elisha tells him, “Here’s the deal. Heaven is going to respond to the way you do this, so do what I tell you to do. Take an arrow and shoot it out the east window. It is the arrow of deliverance.” Joash does it.

Then, Elisha says, “Now take a whole handful of arrows and smash them to pieces the way God is going to smash the enemy’s army to pieces.”

What brother Elisha is saying is, “Heaven is watching what we do, and with the same measure we put into it, heaven will respond.” Joash didn’t put very much into it and the word says, “Israel was invaded by that enemy in the spring.” This is the fruit of a lack of faith.

Do you believe heaven is awaiting your act of faith? Do you believe there is power in the word through declaration, proclamation and decreeing the will of God? The Word says there is. Activate it. Bring heaven to earth and defeat the enemy through the power of prophetic acts. Heaven awaits your faithful act.