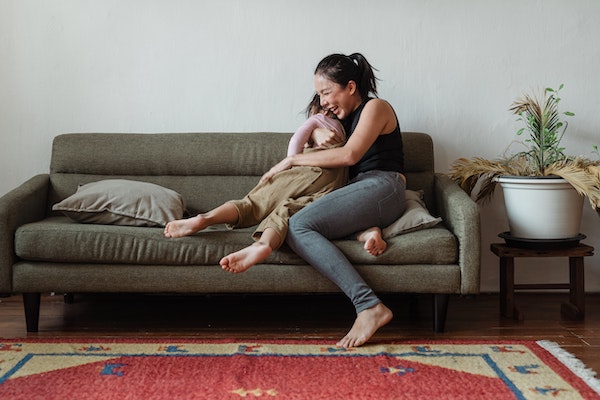 It was from My heart that family was formed. It is to mirror My family and you are a great big part of that. Family is about unity. It’s not about agreeing on everything, but agreeing We love each other. You are My beloved child in whom I Am so pleased!

When we think of family and kid-friendly, we usually think of Disney, right? Well, consider this: Name me a Disney Princess outside of Princess Aurora (who was raised by fairies) and Rapunzel (raised by an evil kidnapper) who has a mama.

Pinocchio has Geppetto. Ariel has Triton. Nemo has Marlin. Snow White, Peter Pan, Pocahontas, Mowgli, Lelo, Belle, Cinderella, Jasmine, Jane from Tarzan, the sisters in Frozen, Boo from Monsters, Inc. – they usually have a really cool dad or they’re straight up orphans. Mom is nowhere to be seen.

One story after another says, “This is what it’s like to be family,” and there’s never a mama in the picture. If there is, she’s an evil step-mama. My friends, it’s a sly way to reprogram our society so that family is whatever messed up design they tell us it is – and this morphs and changes constantly.

Let me tell you this: Hollywood does this on purpose. You can be mad at me if you want, but I will stick to my guns that women are left out by design and it’s demonic.

Think of how Christians are portrayed. If there’s a Christian character in a crime drama, they are the murderer – always. TV portrays most Christians as Catholics or plain crazy individuals. It’s the same thing in Stephen King’s books. The Christian is always the bad guy in anything Stephen King related – always.

Here’s what’s real: there’s actually an agenda and it’s anti-Jesus. The kingdom never, ever, leaves the mama out. The word talks about honoring your father and mother. Proverbs 31 is all about the importance of women in the family. What would Adam be without a helper? I can tell you this – it wouldn’t be good.

Mamas are supernaturally anointed to a make a powerful impact on the lives of their children. Don’t let the world tell you women aren’t important to God – that their kids don’t or won’t listen to them. Hogwash!

Know this: God listens to mamas. He loves and answers their prayers. Many of us were saved because of a praying mama. So pray on brave mamas and know that you are important to the Kingdom no matter what the world says!

“Listen, my son, to your father’s instruction and do not forsake your mother’s teaching. They are a garland to grace your head and a chain to adorn your neck.” – Proverbs 1:8-9