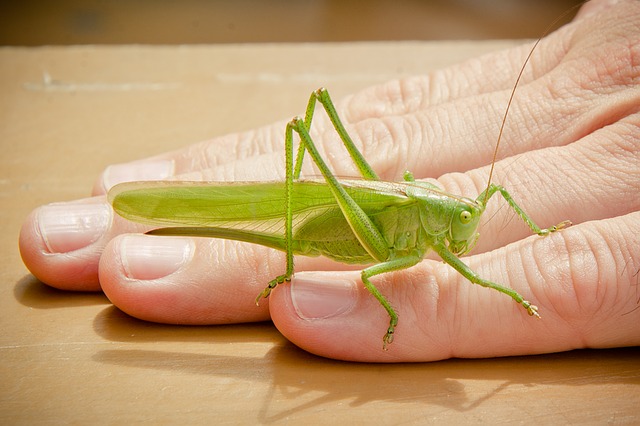 Who will you believe? The One who formed you with a purpose? Or the one who wants to stop you from fulfilling that purpose? The devil is a liar. He stands at My throne day and night accusing you. Don’t believe his words, but listen to Me. I know who you are.

Numbers 13:33 tells us what happens to people who do not have skill sets to deal with giants. The Bible says, “the spies of the children of Israel went over into the Promised Land” and “they saw the giants.” Of the 12 spies, 10 were quaking in their sandals.

“There we saw the giants (the descendants of Anak came from the giants); and we were like grasshoppers in our own sight, and so we were in their sight.” – Numbers 13:33

Notice they said, “So we were grasshoppers in our own sight” and “in their sight.”  They never said anything about what they looked like in God’s sight. Instead, they took on the identity of the demonic intimidation against them.

A giant is all about convincing you that you’re not who God says you are. He wants you to believe you are who your family, your history, or your haters say you are. Here’s the dill pickle: if you take on their personification, you go back to the wilderness.

When you start believing the lies and listening to the wrong voices, you do not go into the Promised Land. Most people die in the wilderness because they’re scared of giants.

The most notable giant in the Bible is a giant by the name of Goliath. And, even the word “Goliath” has come to mean “huge” to all of us. Well, how huge was Goliath? Goliath was six cubits and a span. People are always arguing he wasn’t actually a giant, but that’s bull. At the lowest estimate, six cubits and a span is 9-feet-6 inches tall.

That’s real intimidation. That’s a real living monster. While we today don’t generally deal with giants because David and his mighty men killed them all, we have monsters of doubt and fear in our heads that are just as intimidating and just as real.

But here’s something else that’s real: God Almighty made you to be more than a conqueror. That means you’re more than Goliath! You have more promise, more power, and more potential than that nine-foot goon and God is looking for you to realize it. Once you realize it, you can start slaying some enemies and move into your Promised Land.

The truth is, you are who God says you are. You are not who you or the enemy say you are. Whose voice do you hear?