GIANTS IN YOUR LAND? 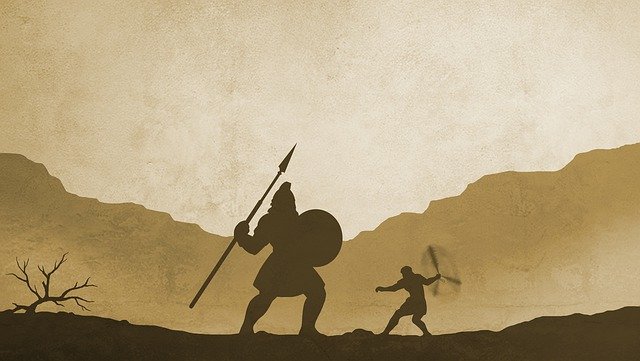 I Am always with you. When evil hunts your health, your children fall into addiction, demonic words threaten your reputation or the gates of hell come against your finances, I Am with you. I Am up for the fight. Stand your ground with Me.

Okay. Here’s a quick Promised Land rehash of the enemies God expects you to defeat to get to your destiny. Yes, He expects it because He knows you’re a bad motor scooter and He’s set you up for victory.

The first opposition you have to deal with is walled cities. This is your “in-a-me” or the attitudes, opinions and mindsets that keep you from advancing. The second enemy is making alliances with ungodly kings. These are the hurts, habits, hang-ups, and toxic people who keep you distracted from your battle for better.

Today, let’s talk about the third opposition to occupying your Promised Land – giants. Giants are all about demonic intimidation.

Pastor Troy alert – giants do not show up when you first start off in the Promised Land. Giants do not show up through the middle stages of becoming successful in victorious Christian living. Giants like to show up once you have your act together, so don’t get caught sleeping on this enemy as He comes into your camp.

You don’t have a “giant target” on your back until you start becoming successful, and you’re going to have to fight something. It’s different for everyone, but mind you, hell does not like you taking its territory.

Do not fear! I wasn’t kidding when I said the Lord has set you up for victory, because He has. You have the nine powerful fruit of the Holy Spirit—love, joy, peace, patience, kindness, goodness, faithfulness, gentleness and self-control—at your disposal.

You have the weapons of prayer and declaration that will bring angelic forces running. You also have a very mighty God who will back you up. You see, you don’t have to fight alone. It’s your choice, so choose well.

For the weapons of our warfare are not of the flesh but have divine power to destroy strongholds. Casting down evil imaginations, and every high thing that exalts itself against the knowledge of God, and bringing into captivity every thought to the obedience of Christ… – 2 Corinthians 10:4-5