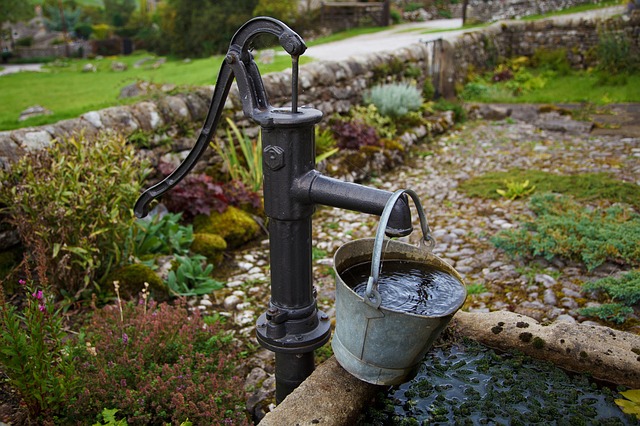 I sent My Son to rescue you. Come to Him and be filled with the living water I offer. I have called you to be different from this world. You are set apart to make a difference for My Kingdom. Let My glory spill out to those around you.

Though Moses’ name means “rescued” and he tried to rescue a Hebrew being beaten by an Egyptian slave driver, his crime of killing the Egyptian was exposed. Now, killing an Egyptian was punishable by death and Moses’ own grandfather, Pharaoh, called for his head. Moses beat feet into the desert.

But Moses fled from the face of Pharaoh and dwelt in the land of Midian; and he sat down by a well. – Exodus 2:12

Now, the Midianites are some interesting folk. They’re desert-dwelling people. I have been to Midian and it’s like the moon. There are no trees – nothing but mountains and rocks. Although has its own kind of beauty, the only thing that will live out there is a goat and goat farmers. Not many places to hide. Moses went and dwelt there. He was now an outcast, a failure.

In God’s economy, wells are important. A meeting at the well represents the refreshing presence of the Lord – just ask the Samaritan woman. You and I are to be living wells, springing up, spilling out to those around us.

Do a Bible study of people who sit down by the well – Abraham, Joseph or Jesus. Wells appear to be symbolic of life, prosperity and abundance. It’s when God shows up and changes everything. It’s God saying, “That was then, this is now.” It’s a constant act of redemption as if He is promising, “It’s always gone this way, but now it’s going to change.”

That’s exactly what happened to Moses when he sat down at that well. There was his life before the well, then there was his life after it. Moses was 40 at this time. Too late? His prime in the past? No way, and it’s not over for you either.

Know this: the word of the Lord is coming to you. Sit by the well. Your change will come, and it will be glorious.