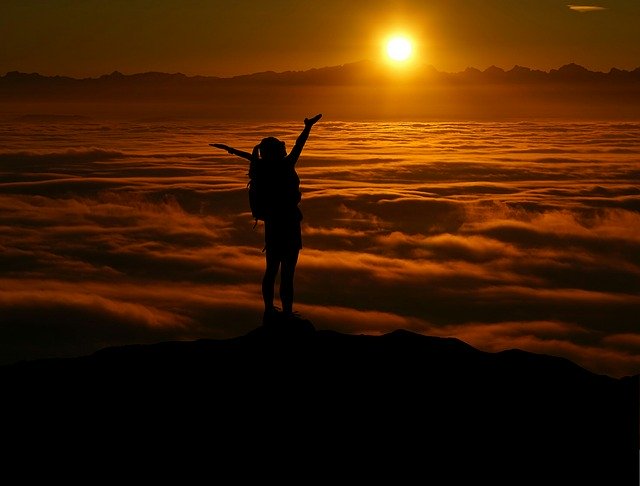 When we find Moses in Exodus chapter 3, he’s a totally different man than 40 years earlier. He’s been living among the goat farmers in Midian. To Moses, civilization meant there’s infrastructure and rivers with pretty green stuff all around. There was always stuff being built.

That was before Midian. They don’t build much in Midian. They live in caves and tents. There are no rivers, and nothing is green. Everything he had ever known – that made sense to him – was gone once he sat down at the well.

Moses is in a new world. He’s hooked up with a brother by the name of Jethro – a rich ruler – and married into his family. There was a day when Moses had hope for his life, but not now. He was just living to get through the day for his second 40 years on earth.

“Now Moses was tending the flock of Jethro his father-in-law, the priest of Midian. And he led the flock to the back of the desert, and came to Horeb, the mountain of God.” – Exodus 3:1

Now, I’m going to show you something you may have never considered. The Bible says Egyptians hate shepherds worse than anything. A goat farmer is the lowest of society.

“…for every shepherd is an abomination to the Egyptians.” – Genesis 46:34

Moses became the thing he hated most. Sometimes as human beings, we have a major malfunction and we don’t deal with it very well. We make one bad choice after another. We wake up one day and we’ve become the thing we always hated – only Moses had been there 40 years.

Is that you? Feel like a huge malfunction and don’t know how you got there? Don’t stay in that Wilderness with the goats. The territory may be familiar, but the Wilderness kills. It kills dreams, promise and your destiny.

Learn to depend on God and go after your Promised Land. It’s one encounter away.

Before you knew me, I pursued you. Looking under every rock. I chased you down and you willingly surrendered your life to Me. Search for Me as you did in earlier times. I’m still right here.