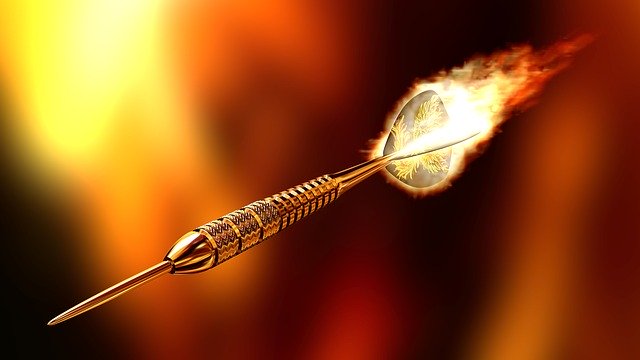 My word says that children are like arrows in a Father’s quiver. You are My arrow. The lost and enslaved are My target. I have taken aim and you will accomplish the task I’ve set out for you.

You’re not standing with the frenzy of emotions or the mob of hell that has a political or social agenda. When you stand with Jesus – the personification of the Truth – you’re standing with what’s real.

Jesus answered, “I am the way and the truth and the life. No one comes to the Father except through me.” – John 14:6

Truth is also what’s on target with the Kingdom. If your arrow is “true” that means it’s “on target” – that the King and the Kingdom are what it’s all about. The Kingdom is where the King has dominion. So when you look at a mob, ask yourself, “Is that what the Kingdom looks like?”

If it’s not on target with the Kingdom, it ain’t true. My friends, if you don’t know the Truth, you will be caught up in such bondage today because the devil has an agenda to keep you distracted from what’s real.

To the Jews who had believed him, Jesus said, “If you hold to my teaching, you are really my disciples. Then you will know the truth, and the truth will set you free.” – John 8: 31-32

The Church in America is so important in this day. We have such a significant role to play. The Church has the answer and the world does not. The world offers drama – mobs full of drama that steal, kill and destroy just like their master, the devil.

All the devil’s apples have worms in them, and with all the free stuff that‘s being offered from the socialists of our day, comes a new link in a brand new chain of slavery.

America needs Christianity because America needs a memory. It needs to remember that Truth has a name and that name is Jesus Christ. He has set us free. So take aim and let your arrow fly to the target – the hearts of the enslaved. That’s the Kingdom!