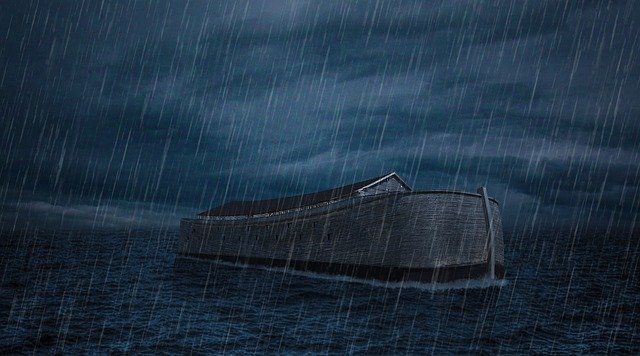 When I hide you from the enemy, you are safe even in the den of the enemy himself. Do not fear. I am with you as you battle to pull prisoners from the darkness. You will not be detected because you are hidden in My hand.

The story of Moses is so cool to me. Moses’ mom, Jochebed, is a real rock star. She’s right up there with Mary in the faith department. She does the unthinkable totally believing God will save her child in a crocodile infested Nile River.

“But when she could no longer hide him, she took an ark of bulrushes for him, daubed it with asphalt and pitch, put the child in it, and laid it in the reeds by the river’s bank.” – Exodus 2:3

It’s interesting the Bible says she put him in an ark, because “ark” does not mean boat. I know everybody thinks that because of Noah’s ark, but here’s the dill pickle: “ark” means “safety box.” While the first two arks were boats, the Ark of the Covenant was not.

So she builds this floating basket and calls it an ark – a place where the Presence of the Lord is. She puts the baby in, takes it over to the cattails and strategically puts it in the water.

Not only did she put baby Moses in the Nile where crocodiles had been conditioned to hunt for Hebrew children, she put it where the daughter of the monster feeding them to the crocodiles could find him.

That’s some faith in the ark. That gives new meaning to “safety box.” What’s in your safety box? What do you need God to save, protect and redeem? Don’t fear the crocodiles or the devil threatening to kill you. Float that ark and see what miracle God has up His sleeve.