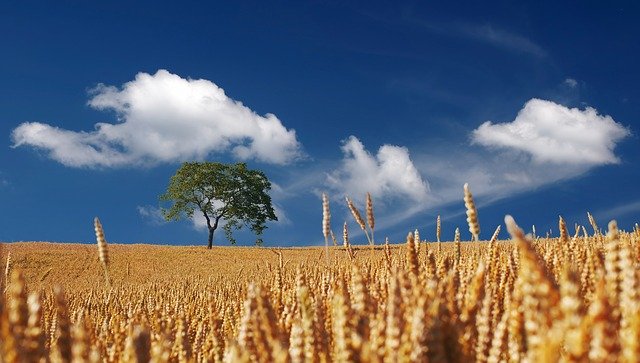 When you’ve watched and prayed, waited and listened, sought and not found, lay it all down and follow Me to what’s meant for you.

There are three specific seasons where God said, “If you stop what you’re doing and seek My face – if you make this a time of consecration, there will be a heightened elevation of how you can hear Me speak. There will be an open window of heaven.”

You and I as Gentiles, or westerners, have dismissed those things. We think, “Those crazy Jews! They are the only ones God Almighty instituted those things for.” You would be wrong. There are three times God said we all can find Him in a much more accelerated time than others: Passover, Pentecost, and The Feast of Tabernacles.

Today, let’s look at Passover. We all know what the feast of Passover remembers the blood of the lamb over the doorposts in Egypt. Ruth tells us the Feast of the Passover, which is in April, is at the time of the barley harvest.

So Naomi returned from Moab accompanied by Ruth the Moabite, her daughter-in-law, arriving in Bethlehem as the barley harvest was beginning. – Ruth 1:22

Passover represents redemption. Redemption is harvest. Where the blood is applied to shame, now there is honor. Where there was once loneliness, there is oneness with Him.

Where there used to be poverty, there is abundance.  Where there once was history, now there is destiny. Orphans now have family and the lost have a home. All of that is redemption. If you need any of that in your life, you need a harvest.

Harvest doesn’t just happen. You have to work toward it by breaking up the dead, dry ground in your life. You have to plant seeds and water them so the Lord of the Harvest can say, “Your dead marriage is now bearing fruit. Your lost children are found, and your forgotten purpose is now being fulfilled.”

He wants that for you and from you – a Passover harvest in your life where dead, useless, lost things are redeemed and made new. Do you want that too? Apply the blood of the lamb to break up the fallow ground of your life, and watch God show up in that season!

TODAY IS A GOOD DAY TO CLAIM A PASSOVER HARVEST IN YOUR LIFE. LET THE BLOOD OF THE LAMB REDEEM HIS LAND SO YOU CAN PRODUCE FRUIT.

From my sermon series LORD OF THE HARVEST