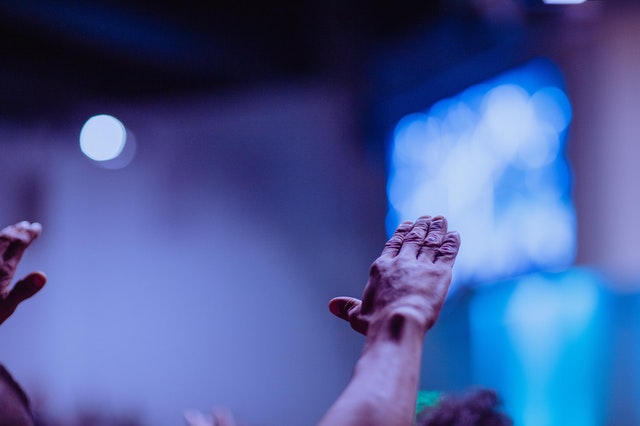 I hear your prayers for the lost. My heart aches for them just as yours does. Continue bringing them to My throne. I will show them My resurrection power – the power to save is Mine and I will not fail.

For my money, Martha is a hero of the New Testament despite the bad rap she gets on the Sunday sermon circuit.

Yes, Martha illustrates some issues we all have. The only person in her messed up family to have it together, she became religious about having it all together. We do the same thing. We all try too hard, push too far and put duty, systems and tasks above relationship. I’m guilty as charged!

Martha was the only person in her house who had it all together. Her brother was a former beggar and her sister a reformed shady lady. Surrounded by people with issues, Martha was stable, and you know what? That can be a lonely place when you’re the person who pays the bills, keeps the home in order, shows up on time and does what you’re supposed to.

You’re the “doer” of the family, but everyone is always talking about your brother’s death-defying miracle or your sister’s latest outrageous gesture.

While the world celebrates the Lazarus’ and Mary’s – and well it should because they are rock stars – heaven celebrates the Martha’s. She’s a big name in the Bible and Jesus used her to illustrate some crazy cool points.

The name Mary means “The Lord is coming.” The implication of this is that Jesus is coming “someday.” That’s what Martha thought. That “someday” Jesus would have the power to bring her brother back from the grave. The revelation was that He was already God and already powerful. Martha didn’t have to wait to see that miracle resurrection.

You don’t either. Who in your life is on that wide path to destruction? Who is dead in their sins though they think they’re alive? Know this: the Lord is coming to them. He is mighty to save TODAY. Are you bold enough to make the introduction?

Jesus said to her, “I am the resurrection and the life. He who believes in Me, though he may die, he shall live. And whoever lives and believes in Me shall never die. Do you believe this?” She said to Him, “Yes, Lord, I believe that You are the Christ, the Son of God, who is to come into the world.” – John 11:25-27

TODAY IS A GOOD DAY TO KNOW JESUS IS COMING. HE IS BRINGING REVIVAL TO THE HEARTS OF MEN, SO BRING THE DYING TO HIS FEET.