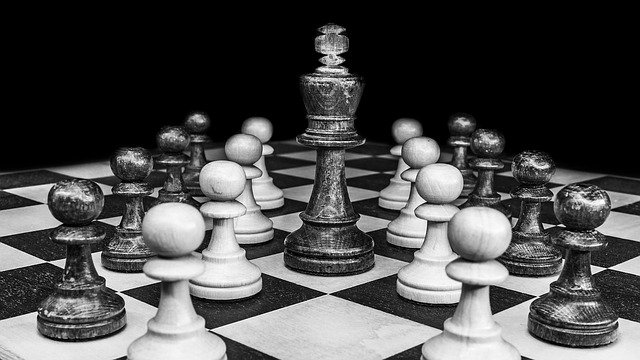 A kingdom is the king’s domain. Is God the King of your domain? God loves your cooperation when you give to Him what is already His.

It’s hard for Americans to have a kingdom mentality simply because we’ve never had a king. The American culture is an independent, “maverick” mentality. We celebrate the rugged individualism that won the west and changed how the world does virtually everything.

Americans feel at home completely on their own. A true American leader is not going to wait for approval of France to topple a Muslim terrorist regime. I like what Stormin’ Norman Swartzkoff said when France refused to help us in Operation Desert Storm.

Wee ha! That is a classic illustration of the true American mentality and I love it. It says we have no respect for your little kingdom because we are Americans. You stay on your side of the pond, make perfume and remain irrelevant, while we change the world and make a difference.

Yes, we really don’t need France because we can do it on our own.

While this kind of thinking is great for starting a business, running a farm or winning wars, it makes for terrible theology. Individualism, self-reliance and a maverick mentality that you don’t need anyone’s help doesn’t jive in relationship with Father God.

Being a Father and King, He revels in taking care of us. He enjoys supplying our needs and treasures when His kids want to follow in His footsteps. God loves to be needed, and you and I really need Him.

Make no mistake, it is easier to convince a bushman in Africa or the Amazon jungle that He needs a savior than it is to bring a Texas cattleman who worked, scraped and built his “empire” with his own muscle, to KING Jesus. They don’t see the point. They believe they can save themselves.

Do you know anyone like that? If that someone is you, know that you do need a king. You do need a savior. While you may be able to survive, even thrive, in this world, your dependence and trust in your heavenly Father are what get you into the next.

TODAY IS A GOOD DAY TO GO AFTER THE HEART OF YOUR KING. LET GO OF YOUR INDEPENDENCE. PLEDGE YOUR ALLEGIANCE TO KING JESUS AND LEAD OTHERS INTO THE KINGDOM.