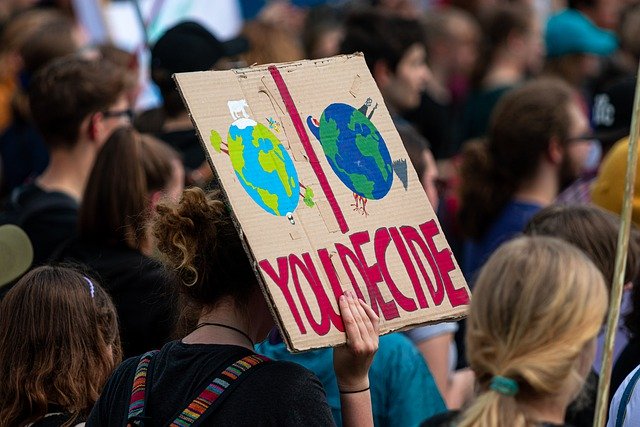 When was the last time you asked me a question that I answered wrong? Why doubt me now? Be patient, watch, pray and praise me for who I AM.

In society, we sacrifice our selfish desires for the sake of something better. If there’s going to be a civilization, my friends, there has to be selflessness among us.

It’s why we wait in lines without causing a riot. It’s why we stop at red lights instead of starting a stampede. It’s why we walk our kids to school and stay faithful to our families. It’s why we celebrate the military and it’s why we stand for allegiance during our national anthem. We are aware of something bigger than ourselves.

The mob is different. You and I are called to stay out of the mob. Why?

The mob is totally selfish, destroying at its pleasure. It doesn’t care about collateral damage or victims. The devil created the mob environment. The “prince of the power of the air,” loves the atmosphere of the mob. He stirs it until we, his pawns, are whipped up in a frenzy of offense.

The mob is the crowd yelling, “Crucify Him!”

The mob is the Roman Coliseum.

The mob is the Spanish Inquisition.

The mob is equivalent of gang rape.

The Mob is the Ku Klux Klan.

The mob is Islam demanding its way.

The mob is the left-wing agenda of haters and mockers right here in the United States. It has no value for anything real and thrives on anything dramatic because the mob must be entertained.

We have replaced truth with drama because we have replaced society with the mob, my friends. While we are supposed to be “in this world, not of it,” too many of us are part of the mob.

Then He said to the disciples, “It is impossible that no offenses should come, but woe to him through whom they do come!” – Luke 17:1

Many Christians don’t realize they’ve jumped on a bandwagon and have been blinded to their true calling. We easily forward that email, sign that petition or join the picket line. Sharing and commenting on politics or social agendas on Facebook is a huge plot of the devil. It’s his demonic distraction.

Sure, you’re protesting abortion or railing against liberal policies. While these things are good, they are not God’s best. We must focus on what matters to the Kingdom: saving the lost and hurting from the clutches of God’s enemy.

We can’t do that on top of a soapbox, a bandwagon or entrenched in the mob. In those places, we are filled with hatred, despair, self-righteousness and anger. We’re incapable of spreading His love because there is no love in the mob.

Stop spinning your wheels in offense! Ask the Lord to convict and correct you of the mob mentality. Get off the bandwagon by leading the lost to Jesus. There is no greater reward.

See if there is any offensive way in me, and lead me in the way everlasting. – Psalms 139:24

TODAY IS A GOOD DAY TO COME AGAINST THE MOB MENTALITY IN YOUR LIFE. DON’T FALL OUT OR LOSE FOCUS. THE SALVATION OF THE LOST IS YOUR HIGHEST CALLING.