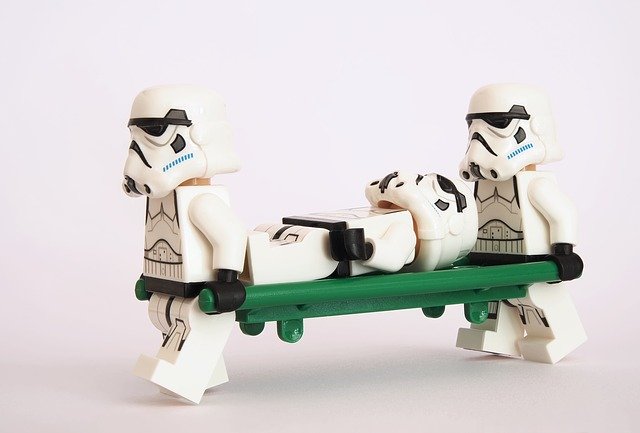 It’s time to be intentional in your Kingdom walk. Build yourself up in the Lord and be doggedly determined to take territory for the Kingdom of God every day!

America has seen its share of war casualties: 25,000 in the Revolutionary War; 212,938 in the Civil War; and 291,557 in WWII. These numbers may look high, but compare them to the millions of Christians who were strong for the Lord in short seasons, but were overwhelmed before the war was over.

Paul said he didn’t want to become a casualty. He decided he would be a key player at the end of his life. We might think of this in terms of people losing their faith.

A lot of really godly people only do exploits for the Lord in very short times in their lives. Those people, who do great things then burn out, might make a valuable contribution in the Kingdom, however, they miss the mark in terms of legacy.

If you don’t finish well by leaving a godly legacy, someone else has to do that for you. Someone who made a plan and was doggedly determined to finish well. This reminds me of the very last letter one of my heroes penned from behind the walls of the Alamo.

“Take care of my little boy. If the country should be saved, I may make him a splendid fortune; but if the country should be lost, and I should perish, he will have nothing but the proud recollection that he is the son of a man who died for his country.” – William Barrett Travis, Commander of the Alamo and defender of Texas freedom, 1836

Travis understood this principle. He knew that, no matter how hard they fought, his legacy depended on him finishing well, which he did. He knew his chances were slim, still he fought. So should we.

Feel like your kids will never get saved? Think your neighbor or boss will never find Jesus? Does it seem impossible to reach that friend who has it all and doesn’t need Jesus? Know this: their salvation may very well depend on your ability to determine that you will continue to be a witness – even at your very end.

Be determined to finish well, then finish! Your end may be the beginning of someone else’s walk with Jesus!

Therefore I do not run like someone running aimlessly; I do not fight like a boxer beating the air. No, I strike a blow to my body and make it my slave so that after I have preached to others, I myself will not be disqualified for the prize. – 1 Corinthians 9:26-27

TODAY IS A GOOD DAY TO DETERMINE TO FINISH WELL. PURPOSE EVERY DAY TO FIGHT THE GOOD FIGHT AND FINISH THE COURSE BY BRINGING THE LOST OUT OF DARKNESS INTO LIGHT.